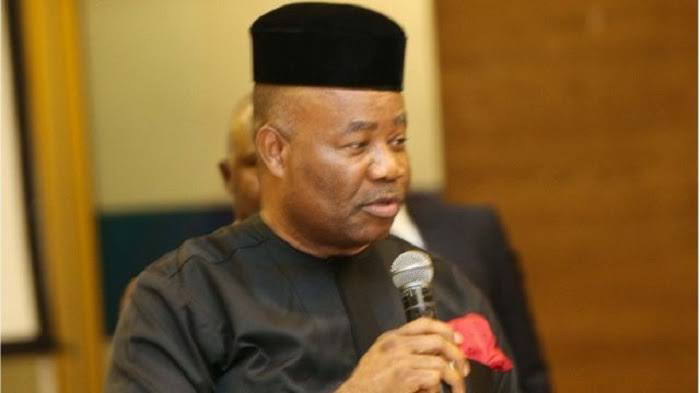 A Federal High Court in Abuja has ordered the Independent National Electoral Commission (INEC) to accept and publish Godswill Akpabio’s name as the candidate of the All Progressives Congress (APC) for the Akwa Ibom North-west District for the 2023 elections.

In in his ruling on Thursday, the judge found that Akpabio was validly nominated as the Akwa–Ibom North/West Senatorial District candidate of the APC from the primary conducted by the party’s National Working Committee on June 9, 2022.

The Judge said INEC “is bound by the provisions of Section 29 (3) of the Electoral Act to publish only the personal particulars of the candidate of the first plaintiff for the Akwa-Iborn North/West Senatorial District elections in the person of the second plaintiff (Akpabio) as received from the first plaintiff.”

He also declared that INEC cannot publish any other name or particulars of any other candidate as candidate of the APC for the Akwa-lbom North/West Senatorial District elections, “except as nominated, submitted and received from the first plaintiff (APC).

Justice Nwite, therefore, ordered INEC to publish the name and particulars of Akpabio as the candidate of the APC for the Akwa-Iborn North/West Senatorial District in the 2023 general elections as nominated and submitted to it by the party.

The judgment was on the suit marked: FHC/ABJ/CS/1011/2022 filed and prosecuted for the APC and Akpabio (first and second plaintiffs) by a team of lawyers, which included Chief Umeh Kalu (SAN), Valentine Offia, Imo Akpan and Adekunle Kosoko.

Justice Nwite rejected INEC’s claim that it declined to monitor the primary conducted by APC on June 9, which produces Akpabio as the party’s candidate, because it had monitored the one conducted on May 27.

The judge faulted INEC for rejecting to monitor the May 27 primary, conducted by an illegal faction of the party led by Augustine Ekanem as against the June 9 primary authorized conducted by the APC NWC, an organ of the party authorised by law to conduct such primaries.

Justice Nwite said, “I am of the view that the defendant (INEC) cannot choose and impose a candidate on a political party.

“The fact that INEC chose to monitor an illegal primary and produce a report, cannot give it legitimacy.

INEC cannot unilaterally pronounce a primary conducted by a political party or a candidate submitted to it as invalid, without a valid court order,” the judge said.

He held that there is no law empowering INEC to refuse to accept and publish the name of a candidate sent to it by a political party without an order of court.

“The consequences of the defendant’s (INEC) failure to monitor the legal primary conducted on June 9 by the first plaintiff, cannot be visited on the plaintiffs.

“The defendant lacks the vires to usurp or assume the power of the court to disqualify a candidate,” Justice Nwite held.

The judge noted that it was not in doubt that there were two (2) primaries conducted by the APC for the Akwa – Ibom North/West Senatorial District: one by the NWC of the APC, and the other by Augustine Ekanem, an illegal factional Chairman of the APC in Akwa – Ibom State.

The judge also noted that INEC accepted correspondence from the said Augustine Ekanem an impostor and monitored illegal primaries not conducted by the NWC of APC.

The judge further noted that despite being invited and notified, INEC chose not to attend the validly conducted primary of the APC for the Akwa – Ibom North – West Senatorial District, where Akpabio was elected and nominated, but decided to terminate the primary illegal

Justice Nwite held that INEC’s claim that it had monitored illegal primaries and could not monitor the one conducted by the APC’s NWC, was not tenable and unlawful because it is only the NWC of a political party that can conduct valid primaries.

The court, according to the report, held that INEC acted illegally by refusing to accept and publish Mr Akpabio’s name, since it was sent to the election commission by the APC.

INEC had refused to recognise Mr Akpabio as a candidate because the commission did not monitor the APC primary which he claimed to have won. Nigeria’s electoral law empowers INEC to monitor political party primaries.

Mr Akpabio, a former minister of Niger Delta Affairs, contested the APC presidential primary in Abuja, but stepped down for the former governor of Lagos State, Bola Tinubu, who emerged as the party presidential candidate.