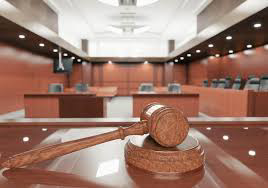 An Abuja Federal High Court, on Monday, ordered the Federal Government to pay N5 million compensation to Maxwell Opara, one of the counsels of Nnamdi Kanu, leader of the Indigenous People of Biafra, IPOB.

The court ordered the Federal Government to pay the sum as compensation for the violation of Opara’s fundamental human rights by the Department of State Services, DSS.

Opara had in September 2021, instituted legal action against the DSS for violating his human right to dignity when he visited Kanu last week.

He prayed the court to prevail on the secret police and its Director-General to apologize to him in two national daily newspapers.

However, Justice Zainab Abubakar ruled in his favour.

Justice Abubakar ruled that the act of the DSS is a flagrant violation of Opara’s right and upon this premise, “a cost of N5 million be paid as compensation.

He told the court that he was subjected to the humiliation of holding his trousers with his hands, wearing bathroom slippers meant for awaiting trial inmates and exposed to Air Conditioner inflicted cold for three hours.

He asked the court to compel the DSS and its Director-General to issue a written apology and publish the same in two national daily newspapers.

Opara, prayed the court to award him N50m as compensation for the infringement of his fundamental rights to dignity and a human person.

In her judgement on Monday, Justice Zainab Abubakar granted all the reliefs the Applicant sought in the suit, though she reduced the damages from N50m to N5m.

The judgement followed a fundamental right enforcement suit the lawyer filed to protest the alleged degrading treatment he was subjected to, when he paid a visit to the IPOB leader, Kanu, at the DSS detention facility in Abuja.

PREVIOUS POST “Give Us Your Guns” – Soludo Offers Amnesty To IPOB Factions In Anambra
NEXT POST Bucha: World reacts to ‘unbearable’ civilian killings in Ukraine