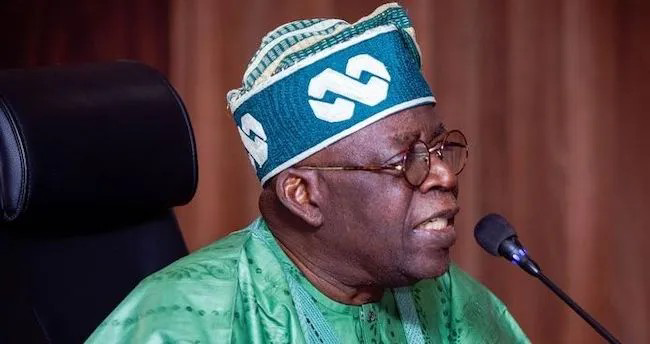 Justice Emeka Nwite of the Federal High Court, Abuja, on Monday dismissed a suit seeking the disqualification of the All Progressives Congress (APC) presidential candidate, Bola Ahmed Tinubu, from the 2023 election

The Director of Media, APC Presidential Campaign Council, Bayo Onanuga, confirmed the development in a statement on Wednesday in Abuja.

The Action Peoples Party (APP) had in suit FHC/UM/CS/124/2022 had demanded the disqualification of the former Lagos State governor from the 2023 presidential race for allegedly supplying false information on his academic certificates to the Independent National Electoral Commission (INEC).

INEC, Tinubu and APC were listed as respondents in the suit.

was filed by the APP and others against the Independent National Electoral Commission, (INEC) as the first defendant.

He said: “The suit had Bola Tinubu as the second defendant and the APC as the third defendant.

“The plaintiffs had prayed the court to ask INEC, the first defendant to invalidate the nomination of Tinubu, the second defendant who is the presidential candidate of the third defendant.

“The plaintiffs canvassed that the 2nd defendant had allegedly submitted to the 1st defendant false information in his form EC9.

“When he failed to include his primary and secondary education as contained in his form CF001 of 1999 submitted for gubernatorial election pursuant to section 29 of the Electoral Act 2022 and 131 of the 1999 Constitution.”

He added that the APC counsel, Babatunde Ogala however, filed a notice of preliminary objection on the grounds that the suit was statute barred.

The counsel, according to him, argued that the suit was frivolous and a waste of the court’s time.

“When the matter came up for determination before Justice Emeka Nwite of the Federal High Court, Abuja on Monday, November 21, the plaintiff did not make an appearance in court.