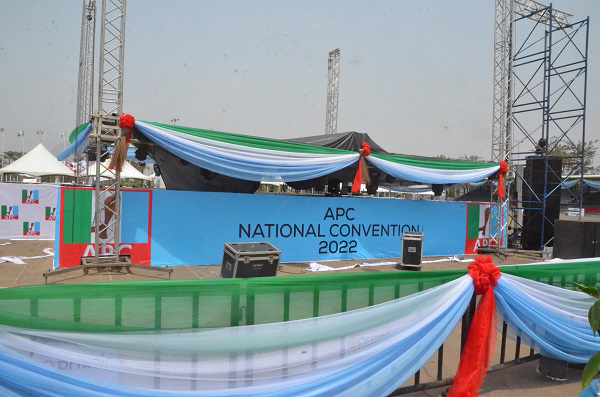 The All Progressives Congress (APC) has selected its consensus candidates for national and zonal offices of the party.

The list, which was signed by governors of the party, comes just as delegates are gathered in Abuja for the ongoing party’s national convention.

Aside from the office of the zonal legal adviser (south-south), a total of 54 consensus candidates were approved.

According to the party’s ‘Endorsement List’ obtained by TheCable on Saturday, Abdullahi Adamu, senator representing Nasarawa west, was selected for the position of national chairman of the party.

Other consensus candidates are listed as follows:

PREVIOUS POST CAF Approves 60,000 Fans for Super Eagles Vs Ghana Clash In Abuja
NEXT POST Elon Musk says he’s probably not the richest man in the world: ‘Putin is significantly richer than me’