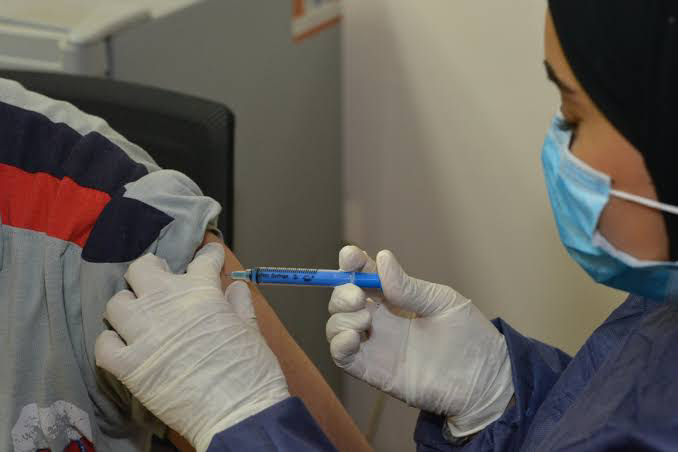 The announcement was made by Egyptian minister of higher education and scientific research, Khaled Abdel Ghaffar.

He said the trials represented “a very important development” and major success for Egypt in fighting the coronavirus pandemic, not only through its work with international organizations over the past two years but as a result of the efforts of a number of Egyptian scientists and researchers.

The minister added: “The new vaccine is the fruit of Egypt’s capabilities to produce and adopt vaccines globally, and it also reflects the amount of care given by the political leadership to this issue, by providing material and moral support to Egyptian scientists and researchers, believing in their distinguished scientific and research capabilities.

“Working on a 100 percent Egyptian vaccine is unprecedented, and we are cooperating with all national and international agencies to be assured that safety and effectiveness are at the highest level.”

Abdel Ghaffar pointed out that manufacturing the vaccine locally would provide a considerable amount of hard currency for the country.

“Transforming scientific research into a product is not an easy matter, but it is taking place according to in-depth studies and full cooperation between the various agencies representing the Egyptian state, and Eva Pharma (healthcare company), as it is one of the major manufacturing entities in the field of pharmaceutical industries in Egypt,” he said.

He noted that the Egyptian government was seeking to localize the vaccine industry via both the state-owned Vacsera holding company and the private sector.

He pointed out that the results of pre-clinical laboratory studies on animals showed an increase in antibodies in the blood against COVID-19 after two doses of EgyVax, adding that monitoring of side effects, blood analyzes, and chest X-rays gave promising indications about the safety and efficacy of the vaccine.

The Egyptian vaccine would be produced to meet the standards of the World Health Organization, and the US Food and Drug Administration, allowing it to be exported around the world, Armanious said, adding that production was expected to reach more than 500 million doses per year.