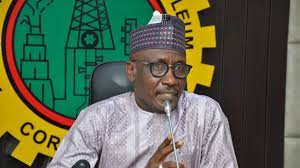 Group Managing Director (GMD) Nigerian National Petroleum Corporation Limited (NNPCL), Mele Kyari, on Tuesday, stunned guests present when he revealed that churches, mosques, security agencies as well as communities where pipelines pass through are involved in vandalism and theft of petroleum products in the country.

The NNPC boss named the culprits when he appeared during the media briefing anchored, weekly, by the Presidential Communication Team, State House, Abuja.

This is even as he defended the authority’s decision to hire private contractors including the one belonging to a former militant commander of the Movement for the Emancipation of the Niger Delta, Government Ekpemupolo, also known as Tompolo, to man its oil pipeline network nationwide, saying that the decision was in the right direction.

“As you may also be aware because of the very unfortunate acts of vandals along our major pipelines from Atlas Cove all the to Ibadan, and all others connecting all the 37 depots that we have across the country. You know, none of them can take delivery of products today,” Kyari said.

“And the reason is very simple. For some of the lines, for instance, from Warri to Benin, we haven’t operated that line for 15 years. Every molecule of product that we put get lost. And of course you remember the sad incident of the fire incident very close to Warri, close to Sapele that killed so many people.

“So, we had to shut it down and as we speak, ladies and gentlemen, the level of losses that we have on our product pipeline, and I’m sure you may have seen it and I’ll invite you at the right time so we can take a look at it jointly.

“That means that everybody is involved. There is no way you will take products, bring in trucks in populated neighborhoods, load it and leave without everybody else knowing about it. That everybody includes members of the community, members of the religious leadership and also and most likely government officials of all natures, including security agencies personnel. They are everywhere. And I’ve seen this even in the Niger Delta. There’s no way you would deliver a volume and lose upto 30 percent and you will continue to put that products in this line.”

On decision to hire private contractors to provide surveillance for the oil pipeline network nationwide, Kyari, argued that although the security agencies

were doing their part, an end-to-end pipeline monitoring would require private entities as well as other community stakeholders’ involvement.

“We need private contractors to man the right of way to these pipelines. So we put up a framework for contractors to come and bid and they were selected through a tender process. And we believe we made the right decision.”

Specifically on the contract, Kyari confirmed that although the FG was not dealing directly with the former militant, it has signed a contract with a company in which Tompolo has interests.