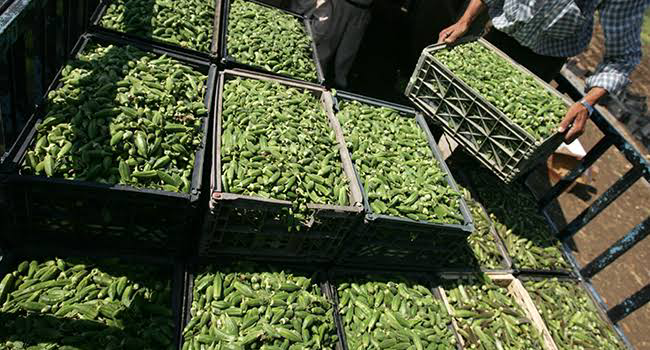 The new research was presented at the spring meeting of the American Chemical Society, and offers an alternative to the synthetic chemicals currently used in treatment plants that can themselves pose risks to health.

“In order to go ahead and remove microplastic or any other type of materials, we should be using natural materials which are non-toxic,” lead investigator Rajani Srinivasan, of Tarleton State University, said in an explainer video.

Okra is used as a thickening agent in many cuisines, such as Gumbo, a stew from Louisiana. It’s also a staple of cuisine in South Asia, where it’s called bhindi.https://3fb653e9d2ccbb29a96f3a7ed81300e9.safeframe.googlesyndication.com/safeframe/1-0-38/html/container.html?n=0

Srinivasan’s past research had examined how the goo from okra and other plants could remove textile-based pollutants from water and even microorganisms, and she wanted to see if that would equally apply to microplastics.

Ingested microplastics — defined as pieces five millimeters or smaller — have been shown to harm fish in several ways, from disrupting their reproductive systems to stunting growth and causing liver damage.

The source of microplastics is the estimated eight billion tons of plastic produced since the 1950s, less than 10 percent of which has been recycled.

The rest eventually breaks down and is today found in every corner of the globe, from oceans and waterways to the air and soil, as well as our food.

It is feared there could be health impacts on humans, though more research is needed. Microplastics can also be carcinogenic and mutagenic, meaning they can potentially increase risks of cancer and DNA mutations.

First, those that float are skimmed off the top of the water. These however account for only a small fraction, and the rest are removed using flocculants, or sticky chemicals that attract microplastics into larger clumps.

The clumps sink to the bottom and can then be separated from the water.

The problem is that these synthetic flocculants, such as polyacrylamide, can break down into toxic chemicals.

So, Srinivasan and colleagues set about investigating how extracts of supermarket-bought okra, aloe, cactus, and fenugreek, tamarind and psyllium would perform.

They tested chains of carbohydrates, known as polysaccharides, from the individual plants, as well as in combination, on various microplastic-contaminated water, examining before and after microscopic images to determine how many particles had been removed.

Overall, the plant-based polysaccharides worked just as well or better than polyacrylamide. Crucially, the plant-based chemicals are both non-toxic and can be used in existing treatment plants.

Ultimately, said Srinivasan, she hopes to scale up and commercialize the process, enabling greater access to clean and safer drinking water.