Chelsea owner, Abramovich barred from living in Britain due to Russia-Ukraine conflict 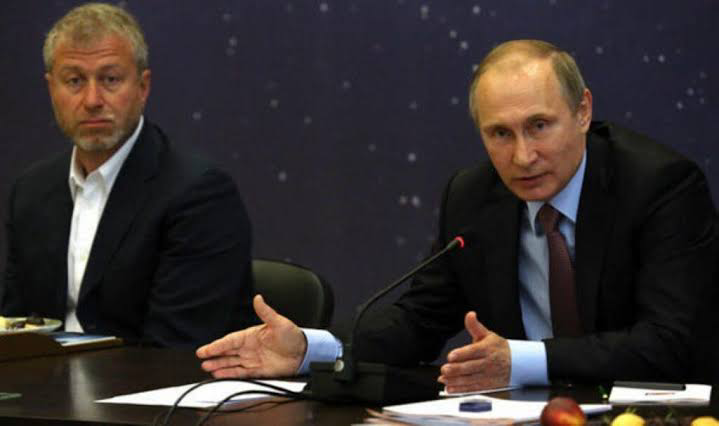 Roman Abramovich, the owner of Chelsea, has not been seen at the club’s headquarters at Stamford Bridge for months, and he is reportedly not likely to live in the United Kingdom again.

His alleged relationship with Russia president Vladimir Putin would prevent him from being based in the country or applying for British citizenship.

According to The Sun, immigration officials have clear instructions not to allow Abramovich to base himself in the UK. This already occurred in the past, since Abramovich withdrew his application for a UK Tier 1 investor visa in 2018, amidst diplomatic between the two countries.

“I have got hold of a leaked document from 2019 from the Home Office which says in relation to Mr Abramovich – ‘As part of HMG’s Russia strategy aimed at targeting illicit finance and malign activity, Abramovich remains of interest to HMG due to his links to the Russian state and his public association with corrupt activity and practices,” Labour MP Chris Bryant told the House of Commons.

“HMG is focused on ensuring that his link to illicit finance and malign activity are unable to base themselves in the UK and will use the relevant tools at its disposal, including immigration powers to prevent this.

“That is nearly three years ago and yet remarkably little has been done in relation. Surely Mr Abramovich should no longer be able to own a football club in this country?”

According to The Sun, senior security sources now say it is unlikely that the 55-year-old will ever be allowed to live in Britain again.

Immigration officials are reportedly under instructions to make it impossible for Mr Abramovich – who owns a £125million mansion near Kensington Palace – to base himself in the UK.

His case is said to be being handled by the Home Office’s ‘Special Cases Unit’.

It comes after Mr Abramovich was named by MPs on Tuesday as being one of 35 oligarchs identified by  Russian opposition leader Alexei Navalny as one of the ‘key enablers’ of the ‘kleptocracy’ run by the country’s president Vladimir Putin.

He vehemently denies he is close to the Kremlin or has done anything that would merit sanctions being imposed against him – as Britain looked to impose sanctions on Russia amid rising tensions with Ukraine.

In 2018 Mr Abramovich became an Israeli citizen, allowing him to enter for Britain for up to six months.

He used his Israeli passport last October to make a short trip to London.

However, a senior source told The Sun that any attempt by the oligarch to apply for a permanent visa would ‘almost certainly be rejected’.

Mr Abramovich has an estimated wealth of £8.4billion.

As well as his huge property portfolio, he also owns a series of superyachts, including the £450million Solaris, which has a missile detection system.

Mr Abramovich has never held UK citizenship and made his money selling assets purchased from the state when the Soviet Union broke up.

In the Commons on Tuesday, Liberal Democrat MP Layla Moran read out a list that featured Mr Abramovich’s name alongside other oligarchs including Arsenal investor Alisher Usmanov.

Foreign Secretary Liz Truss refused to say whether or not Mr Abramovich would be targeted with sanctions, but suggested that others would be.

‘We have a long list of those complicit in the actions of the Russian leadership,’ she said.

‘Should Russia refuse to pull back its troops, we can keep turning up the heat, targeting more banks, elites and companies of significance.

‘This is about inflicting pain on Putin and degrading the Russian economic system over time, targeting people that are close to Putin. What we have to do is make it as painful as possible.’

Mr Johnson yesterday held talks with senior City figures about ways to tighten the screws on Russian businesses and individuals with links to the Kremlin.

The PM told the Commons that the Government was ‘bringing forward’ the next wave of sanctions which would ‘stop all Russian banks, all oligarchs, all Russian individuals raising money on London markets’.