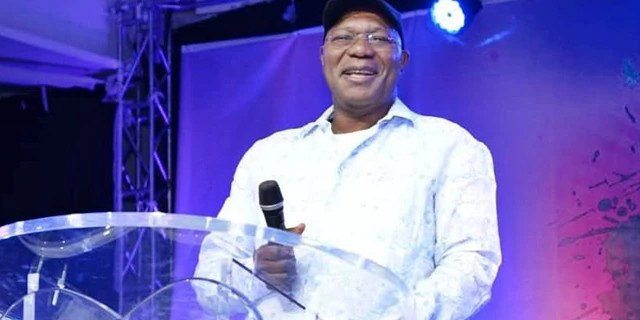 Delta Deputy Governor, Deacon Kingsley Otuaro, has formerly declared his ambition to run for the 2023 governorship elections in the state.

Otuaro, while inaugurating his campaign office on Tuesday in Asaba, said he had consulted with his principal, Gov. Ifeanyi Okowa, delegates and members of the People’s Democratic Party (PDP) across the 25 Local Government Areas (LGAs) of the state

He said that his mission to become the next governor is divine, adding that the mandate would enable him deepen development of infrastructure, wealth and jobs creation to the benefit of the people of Delta.

Otuaro said the issues of zoning are not tenable and could not stop a divine mandate, adding that the level of acceptance that he got during consultation across the state was a convincing factor that God’s hand is on him to lead the people come May 29, 2023.

According to Otuaro, the phenomenal of zoning in Delta is that it is neither here nor there.

“We have all been critical, active political players of the state.

“Like the Gov. Okowa has said, that as far as he (Okowa) is concerned, as an integral part of the politics from inception in 1999 to date, it is not to his knowledge that zoning ever existed in the state.

“Besides, the governor also at a PDP mega rally recently, promised a level-playing field for all political players. This is antithetical to whatever anyone is claiming as Zoning to any location, senatorial district or tribe.

“In any case, I am from Delta, a Nigerian and every law in this country and the state entitles me to aspire and it is my right and franchise to vote and be voted for,” Otuaro said.

He added that “Gov. Okowa is my boss, suffice it to say that my coming to deputise for him is absolutely divine. I consulted with him and I have his nod to go ahead with what I am doing now.”

The News Agency of Nigeria (NAN) reports that the event was graced by supporters drawn from across the state with cultural dancers spicing up the occasion in solidarity with the Kingsley Burutu Otuaro (KBO) campaign organisation.