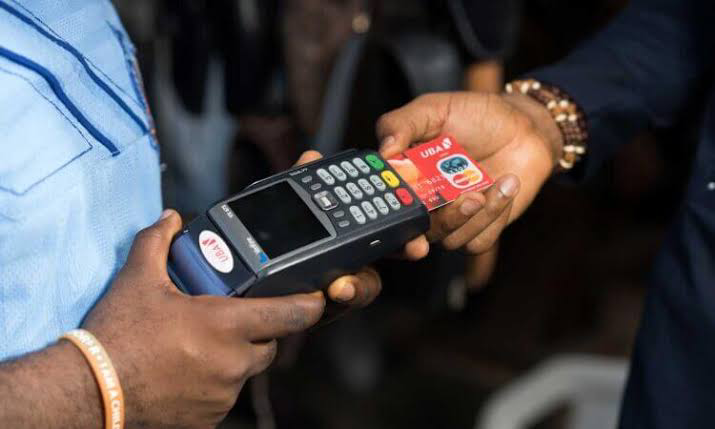 The Central Bank of Nigeria, CBN will meet with mobile money/Point of Sales agents on Monday to plan for the newly launched cash swap programme targeted at fast-tracking the withdrawal of old notes from circulation.

The apex bank made this announcement in a circular jointly signed by the Director of the Banking Supervision Department, Haruna Mustafa, and the Director, Payments System Department, Musa Jimoh.

The circular was addressed to all the DMBs, mobile money operators, super agents and agents.

Recall that the CBN had on Friday announced the cash swap programme in partnership with super agents (companies licensed by the CBN to recruit agents for the purpose of agency banking) and deposit money banks.

According to the CBN, the cash swap programme would be effective from Monday, January 23, 2022.

It said the initiative was aimed at enabling citizens in rural areas or those with limited access to formal financial services to exchange old naira notes for the redesigned notes.

The old notes are expected to be out of circulation by January 31.

The circular stated, “The old N1000, N500 and N200 notes can be exchanged for the newly redesigned notes and/or the existing lower denominations (N100, N50 and N20, etc), which remain legal tender.

“The agent shall exchange a maximum of N10,000 per person. Amounts above N10,000 may be treated as cash-in deposit into wallets or bank accounts in line with the cashless policy. BVN, NIN, or voter card details of the customers should be captured as much as possible.”

To promote financial inclusion, the CBN said the service was also available to anybody without a bank account.

It said agents might, on request, instantly open a wallet or account, leveraging the CBN tiered know your customer framework.

This, according to the bank, will ensure that this category of the populace (unbanked citizens) is able to exchange or deposit their cash seamlessly without taking unnecessary risk or incurring undue costs.

The CBN also directed agents to sensitise customers to opening wallets/bank accounts and the various channels for conducting electronic transactions.

The circular added, “Designated agents are eligible to collect the redesigned notes from the DMBs in line with the revised cash withdrawal limit policy.

“Agents are also permitted to charge cash-out fees for the cash swap transactions, but prohibited from charging any further commissions to customers for this service.

“Agents shall render weekly returns to their designated banks regarding the cash swap transactions. The DMBs shall in turn render the same to the CBN on a weekly basis.

“Principals (super agents, MMOs, DMBs) shall be held accountable for their agents’ adherence to the above guidelines.”

The apex bank said cash swap agents would be readily identifiable in all local governments, particularly those in rural areas.

The National President, Association of Mobile Money and Bank Agents in Nigeria, Mr Victor Olojo, in an interview with newsmen on Sunday, said mobile money and bank agents would meet with the CBN on Monday to discuss the modalities for the cash swap programme.

He explained that there was a huge amount of cash in circulation and the timeframe provided for the old notes to cease being legal tender was too short.

“The liquidity outside is quite enormous. So, it will take a whole lot of concerted effort. We will be having another meeting with them (CBN officials) on Monday. We can do a lot, but that timeframe is a difficult one. But we will put in our best,” Olojo stated.

Oloja also said the normal withdrawal fee might apply to the cash swap programme, which is about two per cent of the cash withdrawn.

He, however, noted that the charges would likely be addressed during the meeting with the CBN.