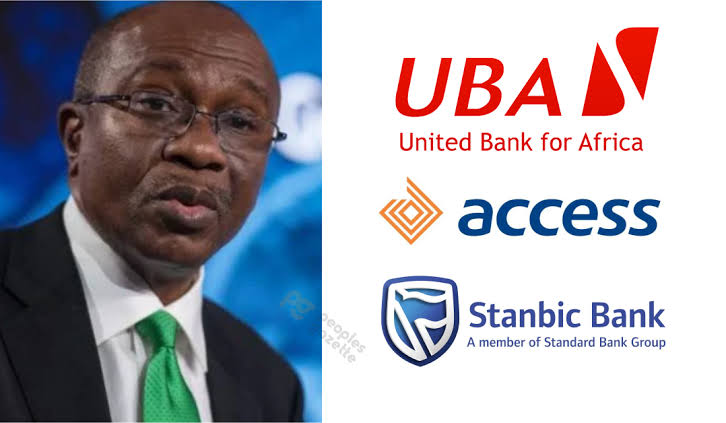 The Central Bank of Nigeria has fined three Nigerian commercial banks a total of N800 million for failing to comply with regulations prohibiting consumers from transacting in cryptocurrencies.

Stanbic IBTC Bank, Access Bank Plc, and United Bank for Africa are among the banks affected.

According to the report, Access Bank Plc, the country’s largest lender by total asset, was fined N500 million for failing to shut down customers’ crypto accounts.

Chief Executive Officer of Stanbic IBTC, Wole Adeniyi disclosed at an investor conference call in Lagos that while Stanbic IBTC followed the central bank’s orders, the transactions for which it was sanctioned may have passed through its system undetected.

He said the CBN was able to detect the relevant transactions using “advanced capacity” that Nigerian lenders do not have access to, and they have urged the central bank to share the technology.

“It doesn’t seem that they are going to entertain a refund, but they are now sharing intelligence with us to be able to kind of deter clients,” Adeniyi added.

Since the ban in 2021, Cryptocurrency players have relied largely on peer-to-peer transactions to bypass banking restrictions. To avoid being caught, narrations that accompany the purpose of online transfers are advised not to include terms that could be construed as related to cryptocurrency transactions.

The fines may have affected other banks, however, this is yet to be disclosed officially by the banks.