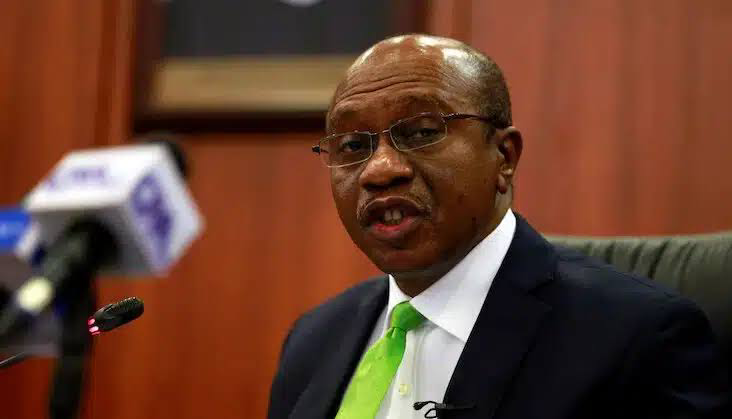 The Central Bank of Nigeria(CBN) has said that the fresh cash withdrawal limits it recently announced would lead to a further drop in incidents of electronic payment (e-payment) fraud in the country.

Director, Payments System Management Department at the apex bank, Mr. Musa Jimoh, stated this while speaking with journalists at the 2022 annual retreat of the Nigeria Electronic Fraud Forum (NeFF), held in Lagos on Friday.

Jimoh, who is also Chairman of the (NeFF), noted that cybercriminals, after hacking bank customers’ accounts, usually go to Automated Teller Machines (ATMs) at an unholy hour to withdraw the stolen funds, stating that the implementation of the new cash withdrawal limits will deter such fraudsters.

He said: “We envisage that as we begin to put some limits on the cash withdrawal that can happen on a daily basis, incidents of fraud will also be trimmed down.

This is because, currently, what the fraudsters do is that they steal huge amounts of money and then at about 2a.m., 3a.m., they go to an ATM and withdraw everything (they withdraw N500,00, or a million naira). With the cash limits, you will not be able to take that money. The system will be able to trace and block such accounts before the money is taken away. So, the cashless limit is also a way of deterring the fraudsters from taking away our money.”

In its bid to ensure successful implementation of its naira redesign policy that is aimed at replacing current N200, N500 and N1,000 denominations with newly designed ones, the CBN, on December 6, announced that, the maximum cash withdrawal over the counter by individuals and corporate organisations per week, with effect from January 9, 2023, will be N100,000 and N500,000 respectively, stating that withdrawals above these limits will attract processing fees of 5 per cent and 10 per cent respectively.

According to Jimoh, while incidents of fraud in the payment system declined by 30 per cent to 35 per cent this year as a result of the various initiatives and systems that the CBN put in place to checkmate fraudsters, the apex bank expects that the new cash withdrawal limits will push more members of the public to embrace e-payment, a development, he said, would tempt cyber criminals to want to target more victims.

He said that in order to address this challenge, the NeFF had resolved to intensify its sensitisation campaigns to prevent people from being deceived into giving out their key bank account details to fraudsters.

The CBN Director, who commended members of the NeFF(an initiative of the Bankers’ Committee set up to tackle e-channel security challenges) for their efforts in ensuring that the industry recorded a decline in payment frauds this year, stated that a lot of lost funds was also recovered during the period and that the forum would continue to design payment infrastructure and financial system infrastructure to deter fraudsters.

He stated: “The objective is always to have zero fraud. So, everybody is aiming at a situation where you don’t have any fraudulent activity; where peoples’ accounts are not hacked and where impersonation is completely reduced.

“So, what we are doing in NeFF is to also intensify our campaign because most of the fraud that happens is due to lack of information, impersonation and all that. People are told to surrender their bank details and credentials and gullibly, they submit such details because they don’t know. If they knew, they would not have submitted them.

So, we are doing sensitisation for people to know that no bank will ever ask you for your bank credentials and all of that. We are also sensitising our people to know that in the event of fraud, there are certain codes that you can send to your bank, and the bank will completely and automatically block that account, pending the time investigation is carried out. So, we are coming from all fronts to fight this monster called cyber criminals in the year 2023.”

For the first time, this year’s edition of the NeFF retreat was wholly sponsored by four leading companies in the Fintech sector: Flutterwave, TeamApt, Paystack Payments Ltd and Accelerex