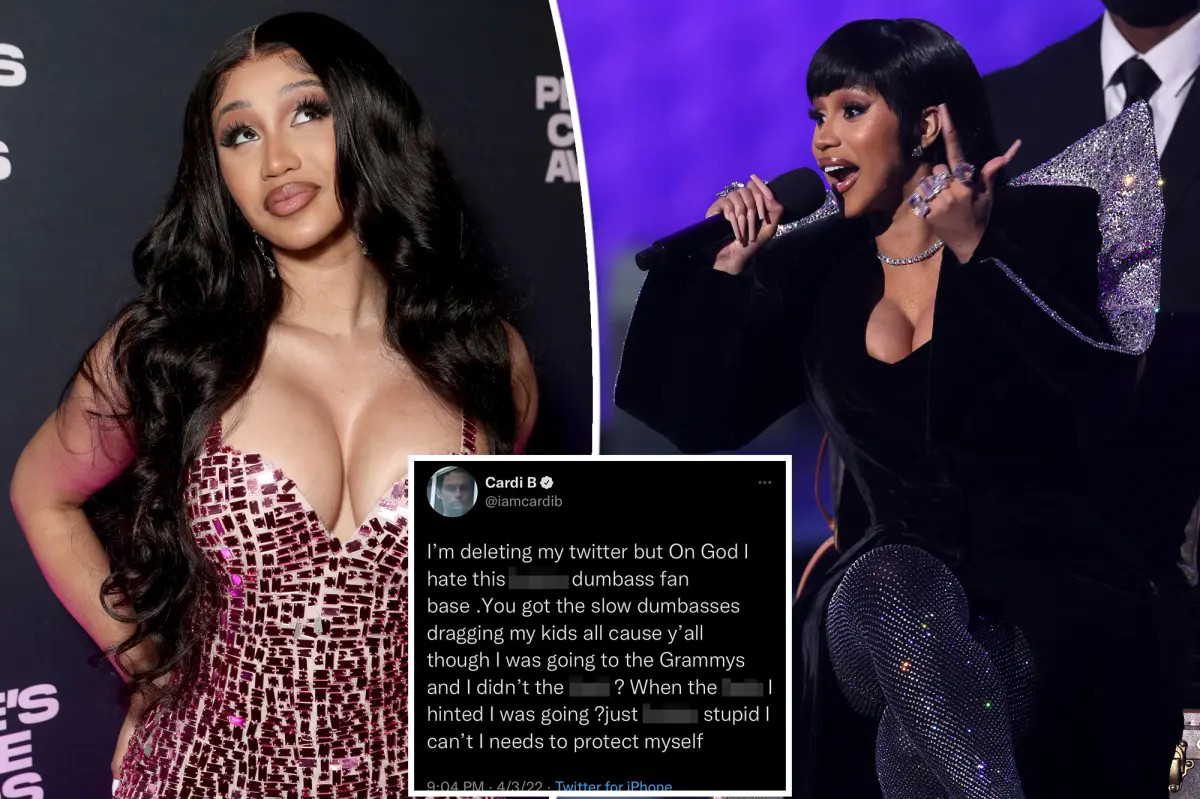 Cardi B has deleted her Twitter account after receiving criticism from fans for not attending the Grammys on Sunday.

The 29-year-old rapper, nominated for best rap performance for Up, accused fans of ‘dragging’ her children and said she needed to ‘protect’ herself in a series of tweets before deactivating her profile.

‘I’m deleting my Twitter On God I hate this f***in dumbass fan base,’ the WAP singer tweeted.

‘You got the slow dumbasses dragging my kids all cause y’all [thought] I was going to the Grammys and I didn’t the f***?’

The star later appeared on Instagram live to defend her absence, telling fans she skipped the event because she was working on new music.

She also claimed that she had received Twitter messages from ‘fans talking s**t’ about her and that some were abusive towards her two boys with rapper husband Offset.

‘Why would I go to the awards for?’ she asked in a video addressing the backlash from fans. ‘Do I have any new music? Why would I show up with one nomination?

‘I’m doing a red carpet soon and it’s gonna be great, but I don’t like it when motherf**kers attack me to do some s**t and then call me lazy because I’m not doing it,’ she went on.

‘One thing I hate is when people call me lazy because I work so motherf**king much. And that’s why I’m f**king mad.’

Cardi B made her debut at the Grammys in 2019, when she made history as the first female solo winner to take home the trophy for best rap album.

PREVIOUS POST 2022 Grammy Awards: Kanye West matches Jay-Z as the rapper with the most Awards in history
NEXT POST Zelensky makes surprise Grammys appearance to urge support for Ukraine