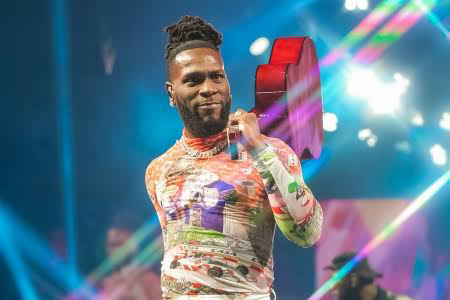 Grammy-winning Nigerian singer, Burna Boy, made history in the USA by officially becoming the first Nigerian artiste to sell out a show at the Madison Square Garden, New York.

Performing to a live audience of 20,000 at the venue and over 100,000 more from online viewership, Burna Boy thriled the crowd for three hours to hi music fused with deep African cultural genre.

This feat puts Burna Boy’s name on the same list with artistes like Michael Jackson, Elvis Presley, The Beatles, Adele, Rihanna, Jay-Z, Justin Bieber, Mariah Carey on the list of Artistes, who have sold out the world’s most famous arena, 20,789 capacity Madison Square Garden in New York.

Burna Boy, born Damini Ogulu, announced his forthcoming sixth studio album “Love, Damini,” due on his birthday, July 2, to screams from the audience. He then transitioned into a new song from the album, which samples Toni Braxton’s “He Wasn’t Man Enough for Me.”

The show reimagined Burna’s lengthy catalog, elevating already excellent songs. A brass section tore down African Giant standout “On the Low.”Among the songs performed on the night was Ghanaian artist, Black Sherif’s Second Sermon Remix, excerpts of which have gone viral on social media since Thursday.

Burna Boy expectedly made an estimated $8.3 million from selling out 20,789 tickets for his Madison Square Garden debut concert in the USA.

This according to sales report, made available on the world’s largest ticket marketplace, Ticketmaster, which shows the Afro-fusion musician earned US $8.3 million after selling 20,789 tickets to its “One Night in Space” US multi-purpose indoor arena in New York City in April.

The singer’s earnings from his last show at Amsterdam topped $1 million, a new high for the venue.