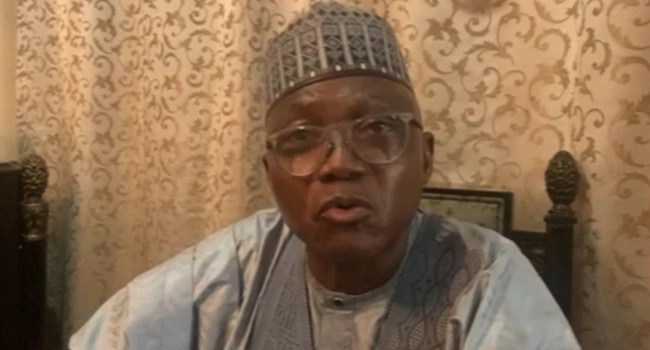 The presidency has said that President Muhammadu Buhari will not investigate how individuals within the ruling All Progressives Congress (APC) got a hundred mission naira (N100m) to purchase their presidential forms.

In an interview on Channels Television’s Sunrise Daily on Thursday, the Senior Special Assistant to the President on Media and Publicity, Garba Shehu, noted that it is not necessary for the president to carry out a probe. He said that there are anti-graft agencies and even journalists whose responsibility it is to carry out such probes.

“This sort of scrutiny is largely up to the civil society, and you the media. Ask questions, go to them,” the president’s aide urged.

“To ask the president to launch an investigation, where does that take us? I don’t think that is the right way to go.”

Addressing the president’s latest directive regarding appointees seeking political office, Mr Shehu said contrary to what some might have thought, the directive that ministers, heads of agencies, and other appointees seeking elective offices should resign their appointments, is not in line with the section 84 of the Electoral Act.

“He made no reference to section 84, he simply gave the directive and I think it’s clear that as the head of the executive arm of government, he owns the executive authority and power to decide,” Garba Shehu noted.

According to him, ministers seeking to have a consultation with president Buhari before resigning will be able to do so on Friday, however, the directive still stands.

As regards the presidential ambition of the Central Bank Governor, Godwin Emefiele, Mr Shehu said the directive is clear and that it is left to Emefiele and his legal counsel to determine what is applicable within the tenets of the constitution.

“Does he consider himself the head of an agency or parastatal or consider himself a member of the ministerial department? I expect that he and his lawyers will determine what is applicable for them,” the president’s special media aide reckoned.