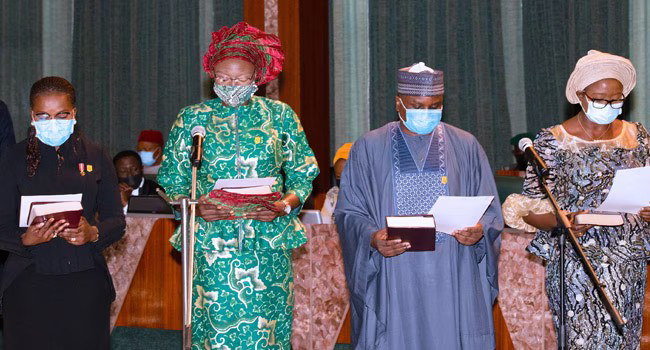 The event happened during the Federal Executive Council (FEC) meeting held at the State House in Abuja.

Also in attendance were the ministers of Information and Culture, Lai Mohammed; Justice, Abubakar Malami; Agriculture, Mohammed Mahmood; Mines and Steel Development, Olamilekan Adegbite; Labor and Employment, Dr Chris Ngige; Minister of Power, Abubakar Aliyu and that of Interior, Rauf Aregbesola, among others.

Other ministers attended virtually from their various offices in Abuja.

Shortly after the meeting commenced, the cabinet observed a minute silence for a former Minister of Youth, Sports and Culture; Aviation, Tonye Graham-Douglas, who died recently at the age of 82.