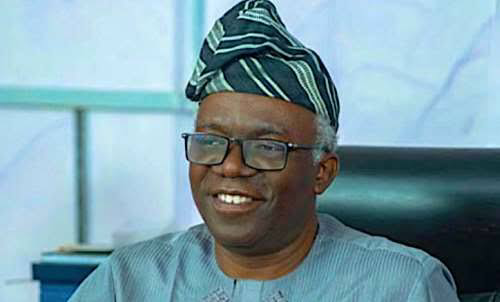 Human rights activist and senior lawyer, Femi Falana, has asked President Muhammadu Buhari to submit a supplementary budget for the appropriation of the sum of N200 billion required to revamp federal universities across the country.

According to Mr Falana, this will go a long way in ending the months-long strike of the Academic Staff Union of Universities that has paralysed public universities since February.

He also faulted the Federal Government’s claim that it does not have the funds to meet ASUU’s demands, noting that the government has allocated trillions to address issues such as fuel subsidy and agriculture policy.

ASUU embarked on a four-week warning strike on February 14.

On March 14, the union extended the industrial action by another two months to allow the government meet all of its demands. A 12-week extension was announced on May 9.

Since May 9, the union has remained on strike, vowing to persist until its demands are met.

The academics are seeking improved welfare, revitalisation of public universities and academic autonomy among other demands.

One bone of contention for the academics is the non-payment of university revitalisation funds, which amounts to about N1.1 trillion.

But the Federal Government has said it doesn’t have the money to pay such an amount, citing low oil prices during the Muhammadu Buhari administration.

The agreement was reportedly struck in 2009.

Another is the issue of the Integrated Payroll and Personnel Information System (IPPIS).

The academics have proposed an alternative payroll system, the University Transparency and Accountability Solution (UTAS).

Instead of addressing the outstanding grey areas in the prolonged negotiations, President Muhammadu Buhari who is the Visitor to all federal universities in the country has urged the Academic Staff Union of Universities, ASUU, to consider the long-term effect of the strike on students and the generational consequences on families, the educational system and the future development of the country. While lamenting that the strike was already taking a toll on the psychology of parents, students and other stakeholders, throwing up many moral issues that already beg for attention the President said that “We hope that ASUU will sympathise with the people on the prolonged strike. Truly, enough is enough for keeping students at home. Don’t hurt the next generation for goodness sake.”

The claim of the Federal Government that it lacks the financial resources to fund university education has been taken with a pinch of salt by the Nigerian people. Having regard to the way and manner huge public fund has been expended on other projects it does appear that the Federal Government has not prioritised higher education. For instance, the electricity sector and the counter insurgency operations in two regions in the country have consumed not less than N6 trillion without any tangible result. The Asset Management Corporation of Nigeria (AMCON) claims that N5.4 trillion is owed by a section of the comparador bourgeoisie whose toxic debts were bought with public fund. Even though N443 billion was spent on the importation of fuel from January to June 2022 the National Assembly has approved N4 trillion for the same product from July to December 2022 due to the comatose status of the nation’s refineries. The Federal Government has also made available N100 billion for revamping the textile industry; N850 billion for rice production; N250 billion for autogas vehicle conversion and N228 for school feeding programme. Apart from its annual budget of N40 billion the Independent National Electoral Commission has received N100 billion as the first tranche of the 2022 budget to conduct the 2023 general elections.

A government that can afford to spend trillions of Naira on the aforesaid projects cannot afford to ignore the funding of higher education. Therefore, the federal government should adopt concrete measures to end the ASUU strike without any further delay. Instead of lamenting over the strike, President Buhari should urgently submit a Supplementary budget to the National Assembly for the appropriation of the sum of N200 billion required to revamp the federal universities. This demand is in accordance with the FG/ASUU Agreement whose terms are binding on the Federal Government. The National Assembly, concerned parents, progressive civil society bodies and other relevant stakeholders should prevail on President Buhari to do the needful with a view to ending the strike without any further delay.