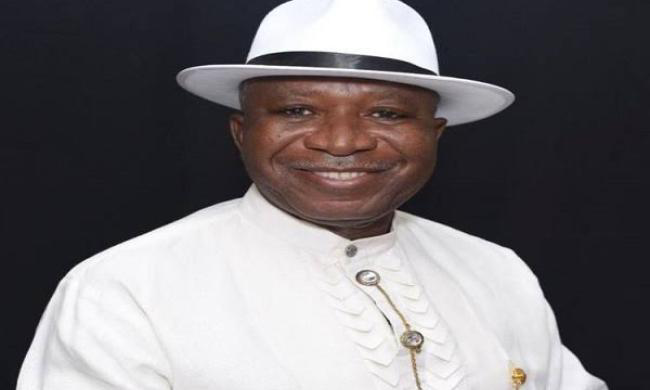 President Muhammadu Buhari has approved the appointment of Major-General Barry Ndiomu (retd.) as the Interim Administrator of the Presidential Amnesty Programme (PAP).

Recall that President Buhari on August 21, 2020 appointed Dikio as the Interim Administrator for the Presidential Amnesty Programme.

On October 2021, Buhari reappointed him for another tenure.

Buhari had said during his reappointment in statement issued through Special Adviser on Media and Publicity, Mr Femi Adesina, said that despite the challenges being faced by the programme, Dikio had been able to command widespread respect amongst the various stakeholders in the Niger Delta region.

However, in July 2022, an Arewa leader in the South, Alhaji Musa Saidu called for his sack over his alleged failure in office.

Saidu who was one of those who fought for creation of the amnesty office to promote peace in the Niger Delta region said Dikio should also be prosecuted by the government over the alleged N10 billion the Senate said was misappropriated in the amnesty office.

He had described as unfortunate that the amnesty programme created to alleviate poverty in the region had become a conduit pipe for many, adding that the government should put an end to the re-occuring history of fraud in the amnesty office by ensuring that those found wanting this time were made to face the law.

However, President Buhari on Thursday, appointed Gen. Ndiomu for his replacement.

A statement by Special Adviser to the President on Media and Publicity, Mr Femi Adesina, said: “President Muhammadu Buhari has approved the appointment of Major General Barry Tariye Ndiomu (retd) as Interim Administrator of the Amnesty Programme.

“The appointee hails from Odoni in Sagbama Local Government Area of Bayelsa State, and was admitted to the Nigerian Defence Academy as part of 29th Regular Combatant Course. He was commissioned Second Lieutenant in 1983. He held several command and staff appointments in the course of his successful military career. He retired in December 2017.

“Gen Ndiomu also trained as a lawyer, and is alumnus of National Institute for Policy and Strategic Studies (NIPSS), Administrative Staff College of Nigeria, Badagry, Harvard Kennedy School, and George C Marshall Centre for European Security Studies, among others.”