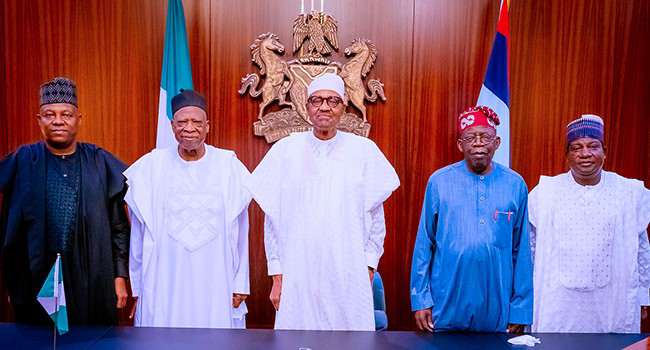 President Muhammadu Buhari on Thursday received the presidential candidate of the All Progressives Congress in the 2023 elections, Bola Ahmed Tinubu and his running mate Kassim Shettima at the State House in Abuja.

The duo were accompanied by the APC Chairman, Abdullahi Adamu and Plateau State Governor, Simon Lalong.

Adamu said the meeting was to brief the President and get his approval on the party’s plans regarding the campaign outfit and organogram.

At a briefing after the meeting, Adamu also unveiled Lalong as the Director-General of the APC presidential campaign organisation.

See more photos from the meeting below: