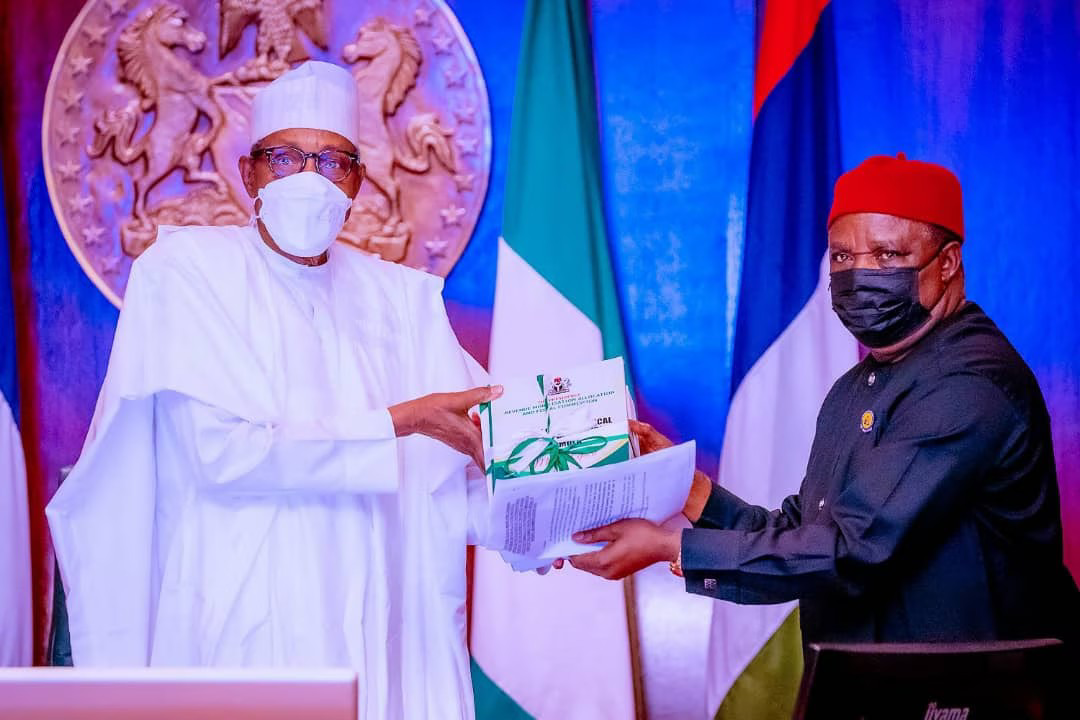 President Muhammadu Buhari has received a report of a new revenue formula submitted by revenue  mobilisation allocation and fiscal commission.

This will be the first time Nigeria’s revenue formula will be reviewed since 1992.

Mr. President says he will  wait for the final outcome of the constitution review process before presenting the report of the review by  the to the national assembly as a bill for enactment.

The report also recommends moving airports; fingerprints, identification and criminal records from the exclusive legislative list to the concurrent legislative list,  and empowering the RMAFC to enforce compliance with remittance of accruals into and disbursement of revenue from the Federation Account as well as streamlining the procedure for reviewing the revenue allocation formula.

President Buhari told the revenue commission that his decision to send the report to the national assembly as a bill is more in line with entrenching democratic tenets unlike issuing an executive modification order as was done in 1992.

The President also thanked Nigerians, especially the State and Local Governments, for making their inputs through the broad stake-holder engagement processes that produced the report