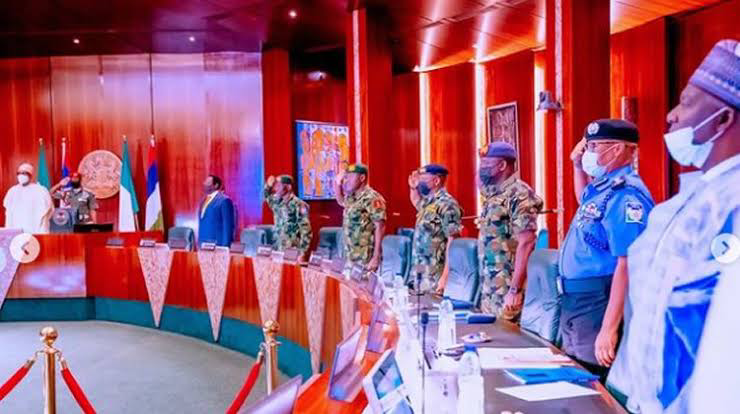 The meeting is taking place at the council chambers, state house, Abuja.

Among those present are Vice-President Yemi Osinbajo, Boss Mustapha, secretary to the government of the federation; Ibrahim Gambari, chief of staff to the president, and Babagana Monguno, the national security adviser (NSA).