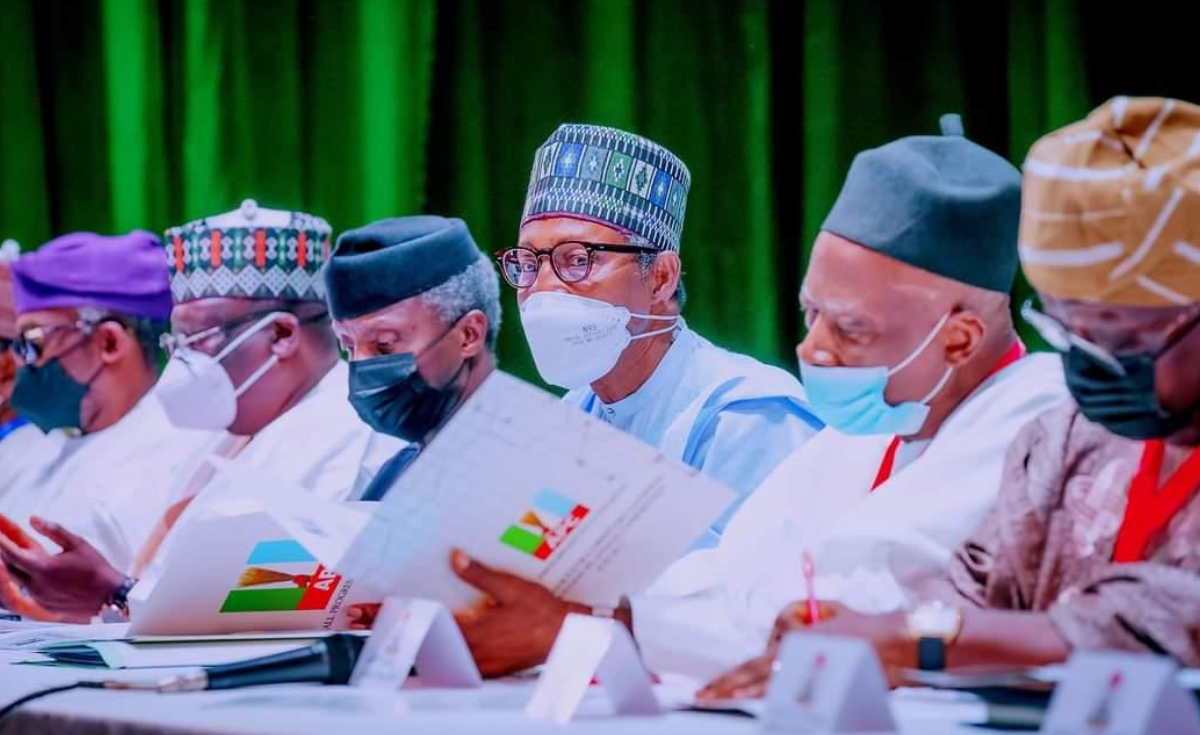 President Muhammadu Buhari and the National Chairman of the All Progressives Congress (APC), Abdullahi Adamu are present as the National Executive  Committee (NEC) holds an emergency meeting of the party.

The President is presiding over the 11th meeting of the NEC.Addressing the committee, the National Chairman of the party said the meeting is the first the National Working Committee will be having with the NEC and will begin the process by uniting aggrieved members as well as discussing upcoming elections.

Adamu also encouraged members to uphold exemplary behaviours, according to him, the party’s intrinsic problem is the crisis fueled by ego.

He noted that various ego within the party has widened the gap between the former and serving governors and it poses a risk of causing a divide in the party and allowing members to suffer.

The National Chairman called for a discontinuation of the present rancour within the party because according to him there is no reason for the competition.

He also asked the serving governors to work harmoniously and with mutual respect with their former governors, some of whom are not senators to resolve many of the inherent challenges.

The new watchword he says should be APC first.He promised that the NWC will deliver, particularly with a United front, noting that contrary to predictions of dissolution, the party has emerged stronger.

He further urged members to desist from using the media to settle grievances but resort to the constitutional provisions of the party for dispute resolution.