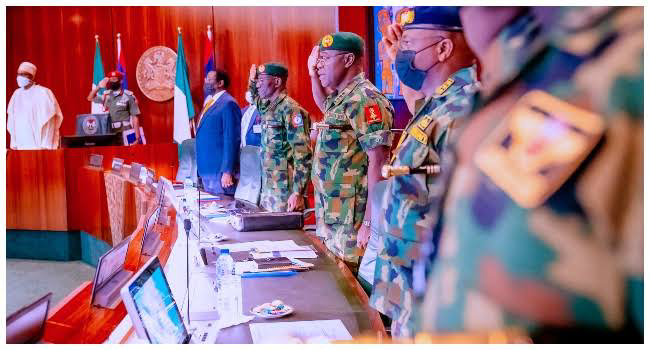 The News Agency of Nigeria (NAN) reports that the president suspended some of his official engagements including the inauguration of the National Agency for Science and Engineering Infrastructure (NASENI) new Technology and Innovation complex to preside over the emergency meeting with the security chiefs.

Those in attendance of the meeting include Vice-President Yemi Osinbajo, Secretary to the Government of the Federation; Boss Mustapha; the Chief of Staff to the President, Prof. Ibrahim Gambari and the National Security Adviser (NSA), retired Maj-Gen. Babagana Monguno.