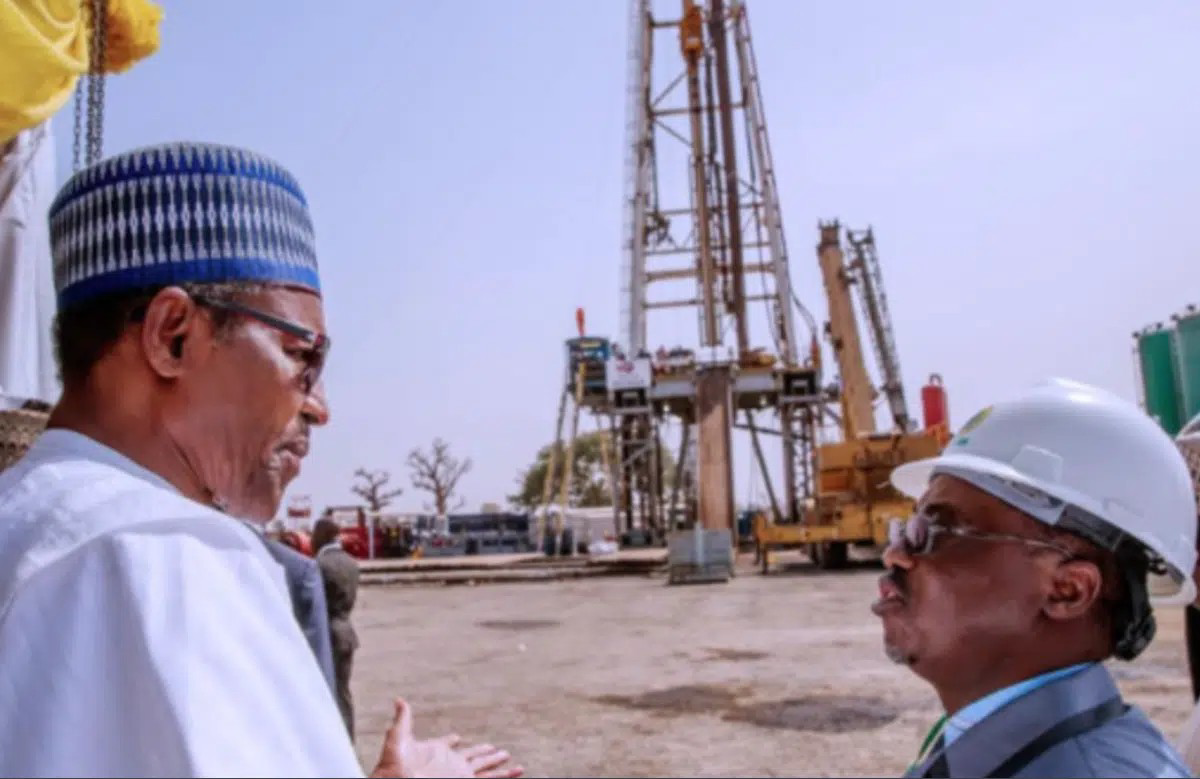 President Muhammadu Buhari has been welcomed by eminent politicians of northern extraction as he sets to inaugurate the first oil drilling operation in Northern Nigeria with oil fields located in Bauchi and Gombe States.

President Buhari who landed at the Sir Abubakar Tafawa Balewa International Airport, Bauchi, around 10:50 am was received by Governors Bala Mohammed of Bauchi state, Simon Lalong of Plateau state, Babagana Zulum of Borno State amongst others.

The ground-breaking ceremony of the Kolmani Oil Prospecting Lease (OPL) 809 and 810 at the Kolmani field site in Bauchi and Gombe States would be conducted by the President who was conveyed in a chopper to the drilling site around 11:20 am.

Vanguard reports that the drilling site is the first to be discovered in the north after it was reported that oil has been found in commercial quantities around the Kolmani field.

PREVIOUS POST Nigeria, Canada Can Do Much More Together – Osinbajo
NEXT POST Buhari To Unveil Redesigned Naira Notes On Wednesday – Emefiele