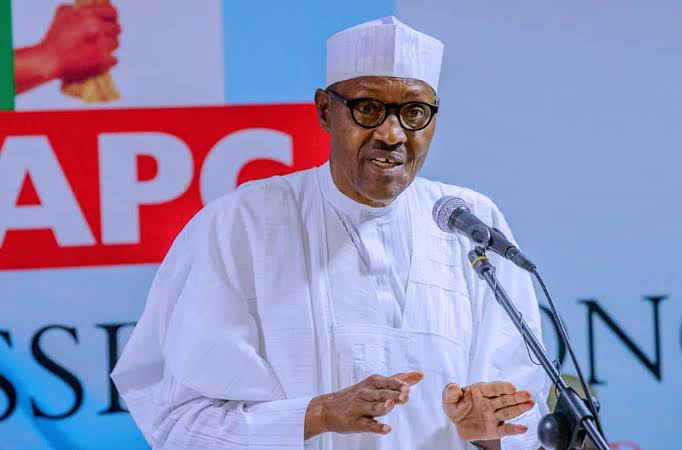 Following the signing into law of the Nigeria Civil Aviation Act 2022, President Buhari directed the Minister of Aviation to reorganize of aviation agencies in line with the Act.

The new civil aviation act will among others remove the regulatory functions being carried out by the Federal Airport Authority of Nigeria (FAAN) and the Nigeria Airspace Management Agency (NAMA) and place the Nigeria Civil Aviation Authority (NCAA) as the overall regulatory agency to avoid conflict of interest.

President Buhari who gave the directive at the 13th International Civil Aviation Organization (ICAO) Air Service Negotiation event (I CAN) stated that the implementation of the civil aviation act which is a critical aspect of ICAO will further strengthen the sector for improved safety.

The President who was represented by the Chief of Staff to the President Ibrahim Gambari said the adoption of the Civil Aviation Policy centered on liberalization and Public Private Partnership (PPP) initiatives by the current administration had resulted in significant growth of the industry, including huge investments in the Nation Airports and has increased capacity of the airports and growth of the domestic airline industry.

According to him “Our collective efforts have enhanced aviation safety, security and efficiency. Huge investments have been made in the area of the provision of aviation infrastructure and facilities to further create enabling operating environment for a more efficient and profitable industry. ”

Buhari stated that Nigeria has been championing the cause of aviation safety, security and facilitation throughout the continent given the ongoing support on the comprehensive regional implementation plan for Aviation Security and the Human Resources Development Fund (HRDF) plans.

He added that the country is also a signatory to both the Memorandum of Understanding (MoU) and the Memorandum of Implementation (MoI) of the Single African Air Transport Market (SAATM), a critical component of the African Union Agenda 2063, aimed at rapid economic development, integration, facilitation of trade and commerce and free movement of persons.

The President, however, reiterated their commitment to continue to champion the cause of Aviation Safety, Security and Facilitation in Africa and also sustain the support being given to the sector, in order to attract private sector investments, and support the growth of tourism and trade.

He mentioned that the Air Services Negotiators, this Event will provide the required atmosphere for you to discuss, negotiate and come up with air services agreements that would further increase air connectivity and give the consumers of your services a better-travelling experience.

Similarly, the Minister of Aviation, Hadi Sirika, in his remarks at the event thanked the President for approving the ministry’s roadmap which has shown a tremendous amount of growth by meeting Nigeria to debunk the general saying that Aviation doubles every 15 years

According to him, Aviation tripled in four years under the Buhari government and Nigeria sees this event as an opportunity for African states to further the implementation which will give more access to African airline aims to a single aviation market