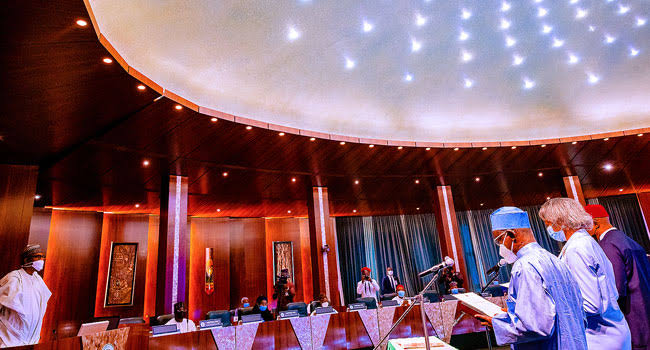 The President swore in the national commissioners on Wednesday while presiding over the Federal Executive Council meeting at the State House in Abuja.

President of the Senate, Ahmed Lawan; Speaker of the House of Representatives, Femi Gbajabiamila, as well as the National Security Adviser, Major General Babagana Monguno (Rtd), were also present.

The Head of Service, Dr Folashade Yemi-Esan, and other members of the President’s cabinet attended the meeting virtually from their various offices in the nation’s capital.