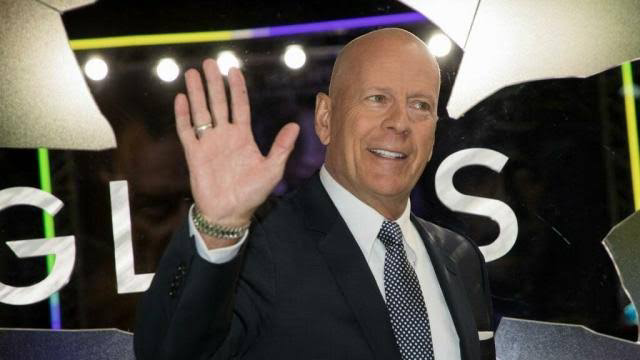 According to his family, Hollywood legend Bruce Willis is “stepping away” from acting after being diagnosed with aphasia. The announcement was published on Willis’ ex-wife Demi Moore’s Instagram account, and signed by Moore, Willis’ daughters, and the star’s current wife, Emma Heming.

Willis’ family confirmed rumors that an aphasia diagnosis would force him to give up acting in the announcement. The disease affects the language-processing part of the brain, causing cognitive troubles, including difficulty to speak and understand what others are saying. That’s a sad diagnosis for such a prominent star and one that unfortunately demands Willis to resign from his acting career so he can focus on his health. The official statement from Willis’ family reads:

“To Bruce’s amazing supporters, as a family we wanted to share that our beloved Bruce has been experiencing some health issues and has recently been diagnosed with aphasia, which is impacting his cognitive abilities. As a result of this and with much consideration Bruce is stepping away from the career that has meant so much to him. This is a really challenging time for our family and we are so appreciative of your continued love, compassion and support. We are moving through this as a strong family unit, and wanted to bring his fans in because we know how much he means to you, as you do to him. As Bruce always says, ‘Live it up’ and together we plan to do just that.”

Born in 1955, Willis started his acting career on off-Broadway stages in the 1970s. He had his big Hollywood breakthrough after starring in the drama series Moonlighting, which aired from 1985 to 1989. The star would solidify his place as an action hero after playing the role of John McClane in 1988’s Die Hard. Since then, Willis starred in more than 70 different films, many of which became cult classics, such as Unbreakable, 12 Monkeys, The Fifth Element, Armageddon, and The Sixth Sense. Willis last appeared in A Day to Die, a direct-to-video heist action film written, directed, and produced by Wes Miller. At the moment of his early retirement, Willis was involved with eight other film projects, including Fortress: Sniper’s Eye, a sequel to the 2021 action hit Fortress. The destiny of these projects is still unknown.

While Willis has officially stepped down from his acting career, he leaves an enviable body of work behind. Because of that, fans will still be able to enjoy Willis’ best films for many decades to come, while we hope his health conditions quickly improve and he can enjoy his retirement as he deserves it.