Britain Gearing up to Introduce Hydrogen-Powered Commercial Flights by 2035 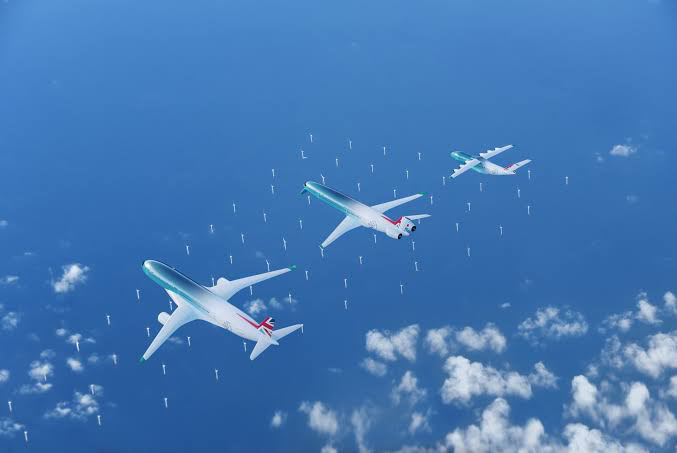 The Aerospace Technology Institute (ATI) in the UK has recently unveiled its final hydrogen-powered aircraft concepts (regional, narrowbody, and midsize), which it had developed through a government-funded project called FlyZero. As the study concluded, ATI also published a report highlighting the urgent steps that should be taken on the path to net-zero commercial flights by 2050.

Following a comprehensive 12-month study financed by the UK government, ATI published a report called “Our Vision for Zero-Carbon Emission Air Travel.” The study’s main conclusion is that, in order to achieve the net-zero goal by 2050, the first green aircraft should enter service by 2035. This means that the hydrogen technology for airplanes should be ready for demonstration as soon as 2025.

According to Chris Gear, the project’s director, “urgent investment in green energy” plus big changes in regulations and infrastructure are key for ensuring that the UK will be at the forefront of the green aviation revolution.

ATI also makes a bold prediction – if half of the commercial aircraft would be powered by hydrogen by 2050, up to four gigatons (Gt) of carbon emissions could be avoided. That’s the equivalent of global aviation’s carbon emissions over a period of four years. Further, this would lead to a massive 14 Gt cut by 2060.

In order to get there, Britain should roll out a midsize hydrogen-powered airplane by 2035 and a narrowbody version by 2037. ATI introduced its midsize aircraft concept in 2021. Boasting a wingspan of 177 feet (54 meters), it would be equipped with two turbofan engines and several tanks that would carry liquid hydrogen at -250 degrees Celsius (-418 degrees Fahrenheit).

This future commercial aircraft could fly 279 passengers from London to far away destinations, such as San Francisco, Beijing, or Rio de Janeiro, as fast as conventional aircraft, promising an impressive range of 5,250 nautical miles (6,000 miles/9,723 km).

Efforts in the aerospace industry should be geared towards the development of liquid hydrogen technology, which ATI predicts will become more affordable than SAF (sustainable aviation fuel) by the mid-2030s, as well as the infrastructure.

ATI will continue to publish a series of reports showcasing the detailed conclusions of the FlyZero study, which will also be incorporated in the hydrogen aircraft technology that the Institute is currently developing.

PREVIOUS POST Kanye Is Hoping Elon Musk Will Launch Him, His Kids and His Music Into Space
NEXT POST U.S.-Based Airline Delta Joins Forces With Airbus for Pioneering Hydrogen-Powered Aircraft