Blackout worsens as grid collapses for fifth time in 2022 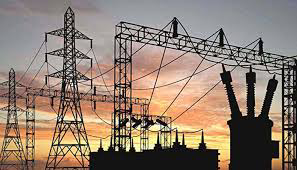 There was widespread blackout across the country on Sunday following the collapse of the national power grid, making it the fifth collapse of Nigeria’s electricity grid in 2022.

It was learnt that the grid collapse on Sunday occurred around 6.49pm, leading to the shutdown of the outgoing electricity feeders of some power distribution companies.

Findings had earlier shown that the quantum of power on the grid as at 6am on Sunday was 3,628.6 megawatts, but it was gathered that this crashed significantly in the evening leading to the eventual grid collapse.

Nigeria’s power grid had collapsed twice in March and twice again in April this year, as the power generation on the system had continued to fluctuate due to various concerns such as gas constraint, water management challenges, gas pipeline vandalism, among others.

Confirming Sunday’s collapse in a notice on its verified Twitter handle, entitled, “Power Outage In Our Franchise Due To Grid Collapse,” Kaduna Disco said, “Dear esteemed customers, we regret to inform you that the power outage being experienced in our franchise states is due to system collapse of the national grid.

“The collapse occured at about 18:47pm this evening hence the loss of supply on all our outgoing feeders. Power supply shall be restored as soon as the national grid is powered back. Our sincere apologies for any inconvenience.”

A notice from the Disco, which he signed, read in part, “The Enugu Electricity Distribution Company Plc wishes to inform her esteemed customers of a system collapse which occurred at 6.49pm this evening, Sunday, June 12, 2022.

“As a result of this development, all our outgoing feeders are out and this has affected supply to our customers in Abia, Anambra, Ebonyi, Enugu and Imo states.

“We are on standby, awaiting further information on restoration of supply from the National Control Centre. Thank you.”

Reacting to this, an industry expert and legal practitioner, who doubles as President, Nigeria Consumer Protection Network, Kunle Olubiyo, stated that though the situation was worrisome, blackouts were no longer new to some power users.

He said, “To some of the electricity consumers, there are already used to perpetual darkness. Grid collapse to them is a permanent feature.

“That means that their own grid collapse is indefinite. And when they get a flash at all of 20 minutes or an hour or two, all you will hear will be “up NEPA!”

The report further stated that another collapse of the grid occurred on Saturday, April 9, 2022, as the nation’s power system collapsed to 33MW around 01.00 hours, after it had earlier posted a peak generation of 3,281.50MW at 00.00 hours the same day.

Also, the national grid collapsed twice in March and this happened within a space of two days, a development that made the Federal Government to summon a meeting of stakeholders to address the issue.