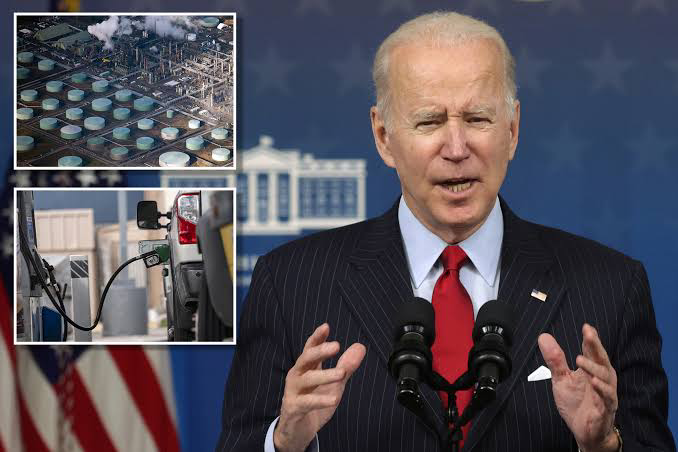 President Biden called on companies to decrease gas prices Wednesday morning, stating that the cost at the pump should reflect the recent decrease in oil per barrel.

“Oil prices are decreasing, gas prices should too. Last time oil was $96 a barrel, gas was $3.62 a gallon. Now it’s $4.31,” the president wrote in a tweet. “Oil and gas companies shouldn’t pad their profits at the expense of hardworking Americans.”

Gas prices are determined by numerous factors, many of them outside the direct control of the White House, but the pain at the pump has been accompanied by lagging approval ratings for Biden. Gas prices plunged at the beginning of the pandemic, but soared ahead of supply as COVID-19 restrictions were lifted in 2021.

Last week, Biden announced a ban on Russian oil imports in response to the nation’s ongoing invasion of Ukraine. Although most U.S. oil imports come from elsewhere, Biden warned in the ban announcement that it would likely lead to further gas price increases.

White House press secretary Jen Psaki had previously stated that the White House was leery of imposing a ban for fear of further unsettling the market.

Despite Biden’s call for lower prices, declines in the price of gas typically lag oil prices, in part due to the time it takes for the new supply to pass through the supply chain.

Patrick De Haan, head of petroleum analysis at GasBuddy, predicted on Twitter that the dip would likely translate to some relief for consumers in the days ahead.

“The national average has room to fall 35-55c/gal over the next 3-5 weeks,” De Haan tweeted Tuesday. However, he said, if oil prices rally again before the gas prices drop materializes, it could undo the relief