Banks in dilemma, as CBN bans withdrawal of new naira notes over the counter 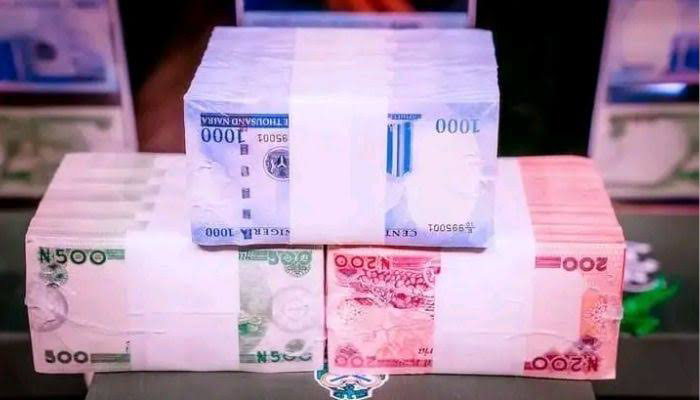 Deposit Money Banks have reverted to old naira notes for over-the-counter withdrawals, as the Central Bank of Nigeria (CBN) directed lenders to halt disbursing of new notes within the banking hall.

However, according to a Punch report on Saturday, the CBN issued circulars to banks, directing them to only load their ATMs with the new naira notes, banning withdrawal of the new currencies over-the-counter

The order was given to increase the circulation of the new naira notes ahead of the January 31, 2023 deadline to phase out the old banknotes.

An unnamed Tier-1 bank’s Group Head, Retail Operation sent a memo titled, ‘Urgent update on currency redesign’, to staff informing them of the changes in dispensing the new naira notes on Thursday.

“The CBN has mandated that we immediately stop the Over-the-Counter payment of the new N200, N500 & N,1000 currency. Instead, all new notes should be loaded into the ATMs for customer withdrawals.

“This is effective immediately please,” the memo read.

“The directive has, however, thrown us into a dilemma as we are in short supply of the new notes and we can’t afford not to load the ATMs as there has been a surge in the number of customers coming to withdraw after the Yuletide holidays.”

It was learnt that the ATM is not dispensing all the new naira notes seamlessly, according to the source. Only one denomination of the new notes passed the test of dispensing.

“Loading of ATMs is the responsibility of the banks. When our bank tested the ATMs, only one denomination of the new notes passed the test of dispensing seamlessly through our machines.

The bank is working on reconfiguring the ATMs to be able to dispense the new notes. What we have done in my branch is to mix the few new N1,000 and N500 notes available with old ones so that desperate customers can make withdrawals and meet their immediate needs.

“If you observed, a lot of ATMs were inactive during the Christmas and New Year holidays. The idea was not to give out old notes, but unfortunately, the new ones are not in circulation.

“The banks have a mandate to evacuate N1bn old notes each to the CBN on a daily basis and our head office has set a strict vault limit or cash holding limit for each branch, which on no condition we must exceed.”