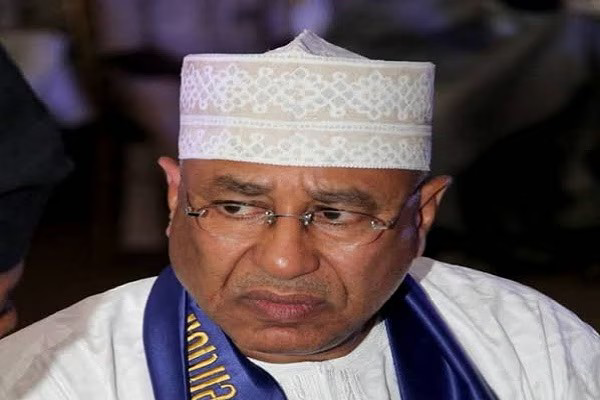 The Managing Director of the Bank of the Agriculture (BoA) Alwan Ali Hassan is one of the missing passengers in the Abuja-Kaduna train attacked by terrorists between Katari and Rijana on Monday evening.Hassan was among the victims whisked away by the terrorists with cars they brought to the scene.

A source, who confirmed on Tuesday, said Hassan’s line has been off since yesterday with no one able to reach him.

The source added that Hassan boarded the evening train going to Kaduna with one of nieces.

He said: “We can not tell if he has been kidnapped or not but we are worried because we have been unable to reach him since yesterday.

“His phone lines have been switched off and no one has contacted the bank or any of his family members,” the source close to his family stated.

It was reported that the terrorists blew up the rail tracks then open fire on the train, injuring many before making their way to the VIP Coach where many passengers were abducted.

Aside from Hassan, the Trade Union Congress Secretary-General, Mr Ozigi Musa-Lawal, and its Kwara State Chapter Chairman, Mr Akin Akinsola, were among those confirmed dead from the incident.

The TUC’s President, Mr Quadri Olaleye, confirmed the incident in a statement he issued on Tuesday in Lagos.

The statement read in part, ‘’They were on their way to Kaduna for an official assignment slated for Tuesday, March 29, 2022.

‘’Comrade Ozigi served in the capacity of General Secretary, Construction and Civil Engineering Senior Staff Association (CCESSA), an affiliate of TUC for almost two decades before he joined the Congress in 2012.

‘’Comrade Akinsola was a staff of the Dangote Flour Mill under OLAM; they were both seasoned Trade Unionists,’’ he said.

‘’The congress condoles with the families and friends of our comrades and the good people of Kogi for this irreparable loss; may God rest their souls. Amen.‘’

It was gathered that around 970 passengers were on board the Kaduna train when the terrorists attacked, blew up the tracks, killed and injured several travellers.

It was gathered that around 970 passengers were on board the Kaduna train when the terrorists attacked, blew up the tracks, killed and injured several travellers.