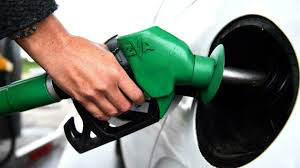 As  the Federal Government makes effort to clear the long queues occasioned by petrol scarcity brought about as a result of supply of adulterated petrol, President Muhammadu Buhari has approved the sanctioning of those responsible .

Last month, the government had said methanol, a substance that is usually present in petrol, found in the product exceeded Nigeria’s specification, led to the affected fuel being kept off the supply chain, resulting in long fuel queues in the nation’s capital and other cities across the nation.

Oil marketers had reportedly estimated that about 100 million litres of contaminated petrol were imported .Minister of State for Petroleum Resources, Timipre Sylva, had after briefing President Buhari last Tuesday said investigation was on to get to the bottom of the matter. But a top source who was present at last week’s Federal Executive Council (FEC) presided over by Vice President Yemi Osinbajo said a plan to end fuel scarcity and ensure a repeat does not happen again  has been approved.

“The plan is designed to do everything necessary to end the scarcity quickly and hold those responsible for it in the first instance responsible so as to avoid a repeat. The plan which was presented to FEC last week had been signed off previously by President Buhari before he left the country last Sunday with clear goals that included a conclusive determination on the initial cause of the scarcity with attendant consequences imposed.

“Indeed, under the Buhari administration what used to be an incessant and recurring decimal of fuel scarcity had been reduced to it barest minimum until the recent case of adulterated PMS, an incident that incurred the president’s wrath.

“But the plan drawn up by the NNPC executives had won the endorsement of the president and the praise of the vice president, especially because of the 24-hour round the clock operations, including 24-hour sales in major supply centres in the country and the 24-hour continuous loading at all depots…”