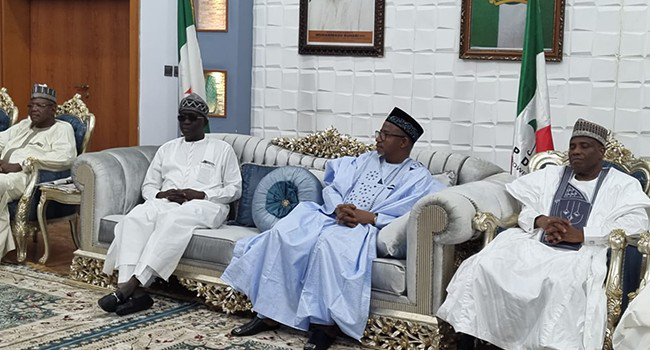 National Chairman of the Peoples Democratic Party, Iyorchia Ayu, Sokoto State Governor and Director-General of the PDP Presidential Campaign Council, Aminu Tambuwal and former Governor of Jigawa State, Sule Lamido were among those present at the meeting, which was held behind closed doors.

The PDP Chairman said part of the reasons for the meeting was to discuss some developments in the party.

“We are here to brief you on some of the developments that are going on in the party, nationally, and to seek your wise counsel because you’re not just the Governor of Bauchi, you’re a leader in this country –very experienced. In all the places you have served, you gathered the experience. And we thought people like you in this campaign from time to time we need to come around and consult, brief you on some things,” Ayu said.