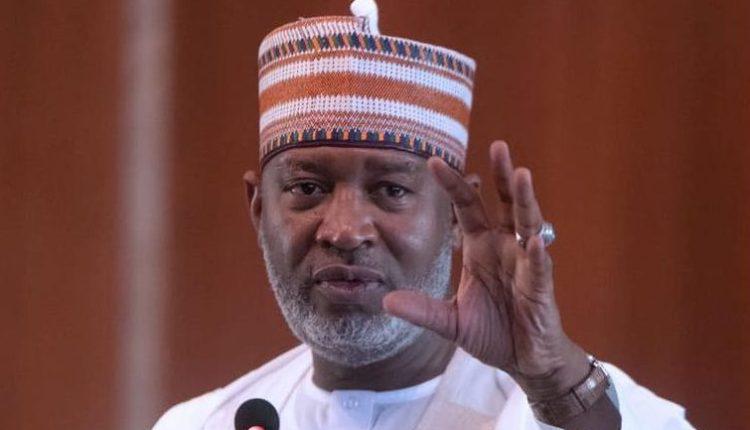 Nigeria’s Minister of Aviation, Hadi Sirika has apologized to passengers and airlines whose travels and operations were disrupted on Monday by the strike embarked upon by workers of the Nigeria Aviation Handling Company, NAHCO, Plc.

NAHCO workers had embarked on the strike to press for wage increase, leaving passengers stranded at the airports.

Sirika, who spoke to State House correspondents on Wednesday, said such industrial action would not happen in the future, pointing out that aviation is an essential service.

He added that Federal Airports Authority of Nigeria, FAAN Act, prohibits “strikes and riots around our airports” and that government would invoke the law to forestall future disruptions.

“So, we will deal with it according to the law: we will ensure no essential service is being disrupted by anybody no matter how aggrieved.

“There are other ways of channeling issues when they arise but they are not permitted to go on strike because aviation is an essential service and is by the law of the land now.

“I will give you an example; there was an airline that had to return to base because it couldn’t land.

“Imagine if there was a patient on that aircraft; imagine somebody attending to a very serious issue or matter at hand or business or a student trying to catch with an exam and then because of somebody who is aggrieved some other person will die.”

Advising the workers to take advantage of their access to government to resolve disputes, Sirika insisted that strikes at the airports was wrong and would no longer be permitted.

“Our ears are always open, government is open to listen to any grievance and there are procedures for dealing with this kind of grievance.

“They should please desist from this, it is wrong, it is inhuman, it is not allowed, it is not permitted and we will not be permitting any longer.”

Sirika also stated that the week’s meeting of the Federal Executive Council presided over by Vice President Yemi Osinbajo approved about N11.08 billion for projects in the Ministry of Aviation.

According to him, one of the projects approved was for rehabilitation and reconstruction of the Hadejia Airstrip in Jigawa State.

He said the contract was awarded to Messrs CCECC for a period of 18 months.

“Then there is the construction of a control tower and technical building in Enugu. The company is Messrs Mascot Associates Limited and it is N1,973,606,141.75.

“The third contract is for procurement of utility vehicles, to Messrs Kaura Motors at N625,500,000,” the Minister stated.