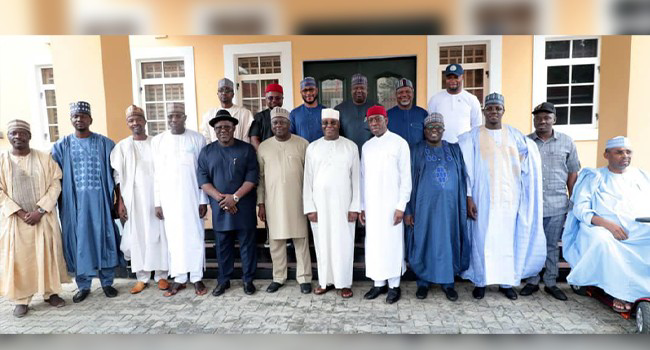 Presidential candidate of the Peoples Democratic Party, Atiku Abubakar, on Saturday met with governorship candidates of the party from across the country.

The former Vice President alongside his running mate, Governor Ifeanyi Okowa of Delta State, met with the candidates at his residence in Asokoro, Abuja.

The meeting, which held behind closed doors, lasted for more than an hour.

After it ended, Atiku and the Governorship candidates declined to grant an interview to the press.

He said they discussed extensively as a family on a wide range of issues.

Asked if the current rift between Atiku and Governor Nyesom Wike of Rivers State was part of the discussion, Ashiru said no.

But on Wike’s call for the resignation of the PDP National Chairman, Iyorchia Ayu, Ashiru said due process must be followed.