Atiku, Govs arrive in Abuja for the inauguration of the Presidential Campaign Council 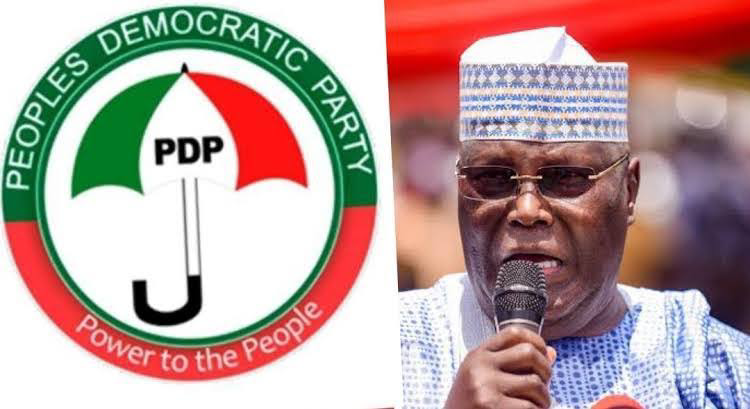 The Peoples Democratic Party will on Wednesday (today) inaugurate its 2023 Presidential Campaign Council in Abuja, the nation’s capital, as political campaigns officially begin in line with the elections timetable stipulated by the Independent National Electoral Commission.

The PDP presidential candidate, Atiku Abubakar, and the campaign council members are expected to storm the International Conference Centre, Central Area, Abuja, the venue of the PCC inauguration.

The party had said it would go on with its campaign programmes despite the withdrawal of Rivers State governor, Nyesom Wike, and other political heavyweights from the council.

Expected at the ceremony are governors elected on the platform of the party, former presidents and vice-presidents, ex-ministers, serving and erstwhile senators as well as incumbent and former house of representatives members.

It was gathered that ahead of the inauguration, newly appointed special envoy to the presidential candidate, Dr Bukola Saraki has launched fresh moves to woo the pro-Wike group in a bid to broker peace.

A member of the PDP National Working Committee confided in one of our correspondents that the former Senate President was determined to resolve the crisis in the party.

Citing Benue State governor, Samuel Ortom’s support for the embattled PDP National Chairman, Iyorchia Ayu, the source stated, “You can see the result already. A governor has decided to give peace a chance in the interest of the party and Nigeria. This is what you get when the right people are given responsibilities.’’

Ortom, a known ally of Wike, suddenly declared support for Ayu a few hours to the inauguration of the council.

While Atiku is preparing a grand inauguration of his presidential campaign which will also include a book launch after the PCC inauguration, the All Progressives Congress candidate, Bola Tinubu and his Labour Party counterpart, Peter Obi, have postponed the inauguration of their campaign councils

PREVIOUS POST Atiku appoints Secondus, Anyim, Oyinlola as advisers for presidential campaign
NEXT POST I will be your stepping stone to becoming president, Atiku tells south-easterners