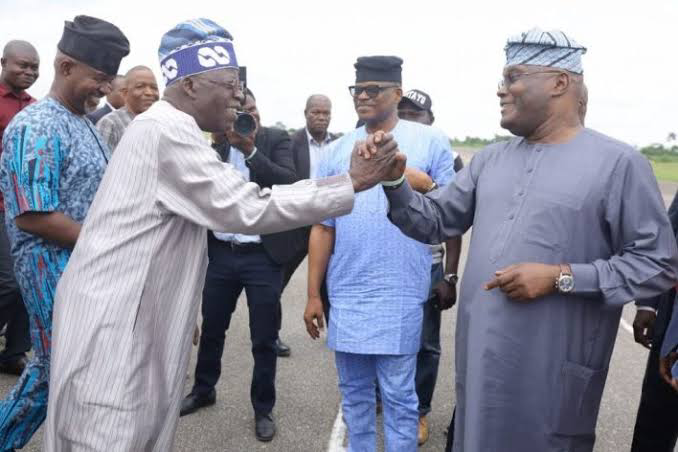 Presidential candidate of the People’s Democratic Party (PDP) Atiku Abubakar has congratulated Bola Tinubu after being nominated as the flagbearer of the ruling All Progressives Congress (APC).

Amaechi was the closest to Tinubu with 316 votes. Osinbajo, who many thought would give Tinubu a tough run, came third with 235 votes while Lawan polled 152 votes.

Atiku said Tinubu’s victory at the APC presidential primary election at Eagles Square in Abuja was a show of his tenacity.

“Congratulations, Bola Tinubu, on your emergence as your party’s presidential candidate,” Atiku tweeted on Wednesday.

“It has been a hard-fought contest, but that you prevailed confirms your tenacity.”