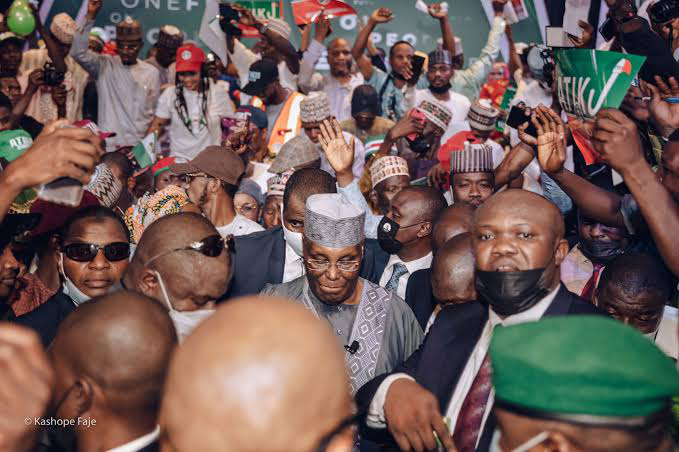 Presidential candidate of the Peoples Democratic Party, PDP, Abubakar Atiku and his running mate, Governor Ifeanyi Okowa among other party chieftains have arrived Uyo, the Akwa Ibom state capital for the official flag-off of the party’s presidential campaign.

The party’s official flag-off is taking place at the Nest of Champions Stadium in Uyo, barely four months before the February 25 presidential election.

Atiku shared some images indicating that he arrived in Uyo via his verified Twittle handle.

The former president was accompanied by Okowa, Emmanuel and Mohammed