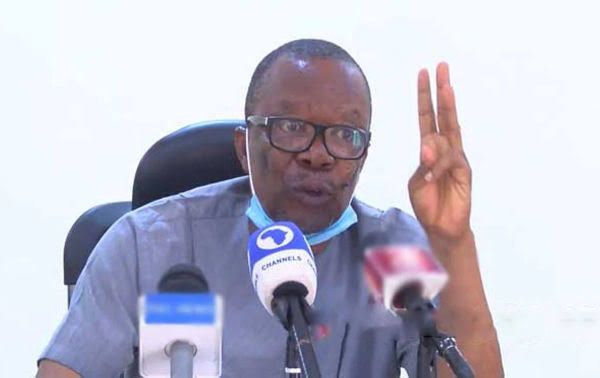 The Academic Staff Union of Universities (ASUU) said it will boycott classes to protest the payment of half salaries for October.

ASUU chairman at the University of Ilorin Moyosore Ajao said lecturers in tertiary universities will observe lecture-free days to register their displeasure at the federal government.

The lecturers started an eight-month strike in February ending in October after a court order directed ASUU to return to classes.

Ajao explained that the lecture-free day will not be on the same day for all institutions.

“It won’t be at the same time. Every branch will do their own on a different day,” Ajao told The Cable. “It’s just within the campus. It’s just making a statement.”

The Federal Ministry of Labour and Employment noted that members of ASUU were paid their October salary pro-rata.

According to the ministry, pro-rata was done because the lecturers cannot be paid for work not done between February and October when they were on strike.

Spokesperson for the Ministry of Labour and Employment, Olajide Oshundun had said ASUU members were paid their October salary pro-rata and not half salary as reported.

“They were paid pro-rata according to the number of days they worked in October,” Oshundun said.

A lawyer Femi Falana warned the federal government to stop provoking ASUU members and called for the full payment of their salaries.

“All of us have a duty to prevail on the government to stop provoking the lecturers. In fact the most embarrassing aspect is the move by the Minister of Labour and Employment, Dr. Chris Ngige to pay members of the two Unions that were illegally registered during the strike, even though they couldn’t call off the strike. Government has concluded arrangement to pay them, and if the government does that, the government will have itself to blame.

“We must try to prevail on the government to do the needful, as the lecturers are carrying out their duties.”