ASUU Strike Can End Today, But FG Is Not Ready – Falana 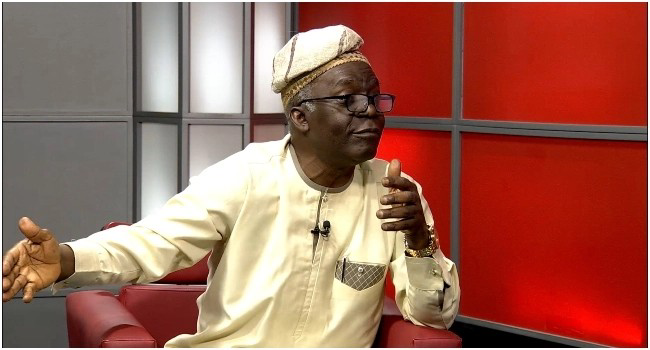 Human rights activist, Femi Falana, has stated that the ongoing industrial action by the Academic Staff Union of Universities can be resolved immediately, but the government isn’t ready to do so.

Falana made this known on Friday during an interview on Channels Television’s flagship programme, Sunrise daily.

The federal government had been in disagreement with the striking University body leading to the industrial court ordering the lecturers to return to the classrooms.

Despite Justice Polycarp Hamman Wednesday’s ruling, ASUU’s President Professor Victor Osodeke was adamant that the lecturers won’t back down and would appeal the injunction.

Giving his thoughts on the court ruling the Senior Advocate of Nigeria said, “If the government listens to ASUU all the strikes are avoidable.”

“It is about funding… in 1992, ASUU convinced the government that employers of labour should pay education tax because those trained by the government are employed by employers.”

The 64-year-old was annoyed at the government’s refusal to honour its agreement pact signed in 2009 to revitalise the public tertiary institution but was willing to increase the fuel subsidy.

“All the government says is we have no money, but the same administration, this year alone, increased fuel subsidy from 443 billion Naira to 4 trillion Naira and we are now being told that before the end of the year may metamorphose into 6.3 trillion.”

“So where are you getting such money to fund waste and fraud but when it comes to education you say you have no money, I think these are some of the issues,” he said.

Falana was of the opinion that the federal government were wrong to have filed the case before the industrial court.

“[It was wrong to approach the court] we tried to explain to the court, and the court said they would look at that later.”

“We made clear to the court and submitted more than six cases where the same court as warned the minister consistently that you cannot come here without originating your case in the IAP if it relates to trade disputes,” he said

“This is the first time in the history of that court that we have been told that the minister can refer a case to the national industrial court without going through the Industrial Arbitration Panel (IAP).”

“Because the NIC under the current labour law regime in Nigeria is an appellate chamber of the AIP.So, it is an appellate court. It is only when individuals are sacked that you want to challenge your employer or there are intra or inter-union disputes that you approach the national industrial court.:

There must be meditation, conciliation and arbitration under the law.

“The court so found that this is a trade dispute and that there was no reference to the IAP, but the court in its wisdom decided to intervene, and the only way you can show your dissatisfaction is to approach the appeal court which ASUU has decided to do.”