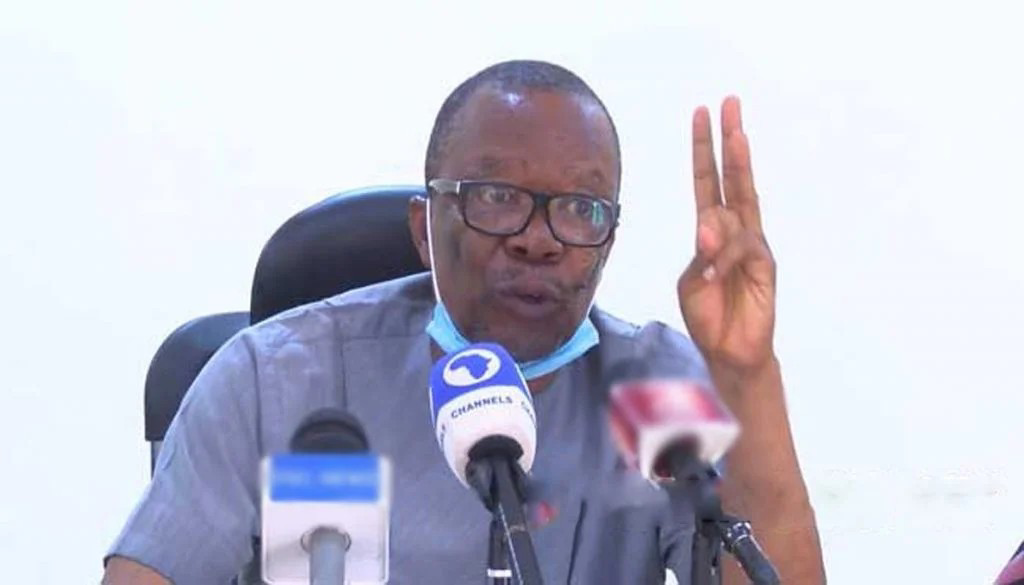 THE Academic Staff Union of Universities (ASUU) said it will appeal the ruling of the National Industrial Court, which ordered the Union to call off its ongoing strike.

This was disclosed by the union counsel, Femi Falana.

Falana appeared on Channels Television on Wednesday, a few hours after the ruling of the court, stating that he was planning to appeal at the time of this report.

Consequently, a statement issued by Adelaida Odukoya, Chairman of Lagos Zone of the union, stressed that the Union would appeal the decision of the National Industrial Court.

Odukoya urged members of the Union to remain calm.

The statement read: “Our Comrade President, Victor Osodeke, has urged members of our Great Union to remain calm as there is no cause for alarm on the back-to-work order delivered earlier today.

“Our lawyer is filing an appeal and stay of execution of the judgment. Members should remain resolute and strong. A united people can never be defeated. Solidarity without compromise.”

According to the statement titled, “NICN back to work order on ASUU: Be calm”, Osodeke urged the aggrieved university teachers to remain calm as there is no cause for alarm on the back-to-work order delivered earlier today.

“Members should remain resolute and strong. A people united can never be defeated. Solidarity without compromise,’’ he stated.

In!Association of Nigerian Students (NANS) has described the Industrial Court judgment as a black market judgment.

Temitope said the ruling lacked equity because the Federal Government should not have taken ASUU before the industrial court from the beginning.

He explained that the only solution to the ongoing strike is for the government to meet the demands of the union, which they willingly entered into with ASUU.

“Our attention has been drawn to news of a court judgment mandating the Academic Staff Union of Universities (ASUU) to call off its 7-month-strike. As an association, we feel disturbed to read the news of the judgment because we believe that it betrays equity.

“Ordinarily, the federal government is not meant to have dragged ASUU to the industrial court. But, the fact that they had to drag ASUU to court is a signal that this government cannot handle crisis.

“And, we want to state categorically that the court cannot force members of ASUU back to lecture theatres.

“And, as it stands today, with that court judgment, we maintain that the court has not resolved the problem and we reject the judgment in strong terms.

“The court could have said that the federal government should go and pay rather than say that lecturers who are on strike should go back to classrooms.

‘’We were expecting the court to have understood that lecturers are on (a) contract of personal service hence; they cannot be compelled to render a service they don’t want to render.

“The only remedy to this strike action is for the federal government to accede to the demands of ASUU which the government willingly entered into with them and properly fund education, ” Temitope stated.