ASUU: NLC to embark on 3-days warning strike in solidarity with Nigerian students 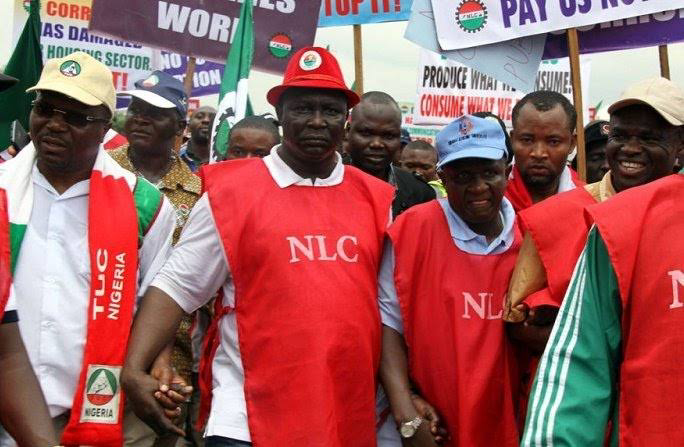 The Nigeria Labour Congress, NLC, has threatened to embark on a three-day nationwide warning strike, in solidarity with affiliate unions in the universities and Nigerian students.

The union’s threat is contained in a communique jointly signed by its President, Ayuba Wabba, and its General  Secretary, Emmanuel Ugboaja, and issued to newsmen, on Thursday in Abuja.

The communiqué was issued at the end of the Congress’ Central Working Committee, CWC, meeting.

The the NLC had on April 13, given the Federal Government 21 days within which to set up a High-Powered Panel to resolve the issues that were causing incessant strikes by the Academic Staff Union of Universities, ASUU, and others.

According to the CWC, the NLC has threatened to hold protests against the lingering ASUU strike within the subsisting 21days ultimatum.

“This is also occasioned by government’s failure to honour agreements reached with trade unions in our universities.

“If at the end of the national protest and the 21 days ultimatum, the Federal Government fails to resolve the industrial crises in Nigeria’s universities, the Congress would be left with no other option than to embark on three days nationwide warning strike.

“This is in solidarity with our affiliates in the universities and with Nigerian students, whose future and wellbeing are being jeopardised,’’ it stated.

The CWC said the protest was to draw the attention of government to the inherent catastrophe in the emerging culture of social apartheid in the society, by prolonged lockout from academics of students from poor homes.

It also said affiliates of the NLC were to issue public statements condemning the intermittent strikes in Nigeria’s universities.

According to the union, this current one which has gone on for about two months, is worrisome.

The CWC also described the current insecurity as totally unacceptable, and called on the government to rein in the monstrous cancer before it consumed the entire country.

It called for the declaration of all-out war against terrorists and their sponsors, including those who diverted funds meant to fight insurgency.

It further called on government to focus on the immediate release from captivity, of all abducted citizens, while also calling on them to nip in the bud current intelligence on threat by terrorists to resort to mass bombings.

The CWC however, called on the governments of Taraba, Cross River and Zamfara states, to immediately commence payment of the arrears of national minimum wage owed their workers.

It also called on the Abia government to immediately clear the backlog of pension arrears owed retirees in the state.

The CWC therefore, called on all employers of labour to respect the sanctity of work by ensuring prompt payment of workers’ salaries and entitlements.

The CWC also, reiterated the readiness of Nigerian workers to use their Permanent Voter Cards to vote only candidates and political parties that subscribed to Nigerian Workers Charter of Demands.

It further called on major political parties selling forms for political offices to the highest bidder, to rescind such decisions immediately

The CWC also felicitated with workers on the commemoration of the 2022 International Workers Day, with a promise to communicate to workers if there were any changes to the date of celebration of the 2022 May Day