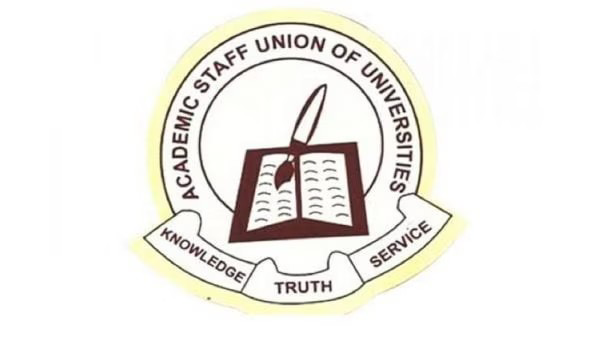 The Academic Staff Union of Universities, ASUU, has vowed to extend the ongoing strike if the Federal Government fails to meet its demands

National Chairman of ASUU, Emmanuel Osodeke, said the body would meet and possibly extend the strike if the government failed to meet its demands.

The Academic Staff Union of Universities (ASUU) has urged President Muhammadu Buhari to direct Vice President Yemi Osinbajo to take over its negotiations with the Federal Government as the Minister of Education, Malam Adamu Adamu, and the Minister of Labour and Employment, Dr Chris Ngige, have been unable to make it work.

According to Osodeke: “Where we are now, we will take the case above the minister, the president can direct the Vice President to handle it, he is a Professor, but they are busy running around the country.

“We will continue to be on strike; we will meet in one or two weeks and look at the situation, and if nothing, we will roll it over again, but I expect them to come and resolve this problem in the interest of the children.”

The call by the labour union is coming two days after Vice President Osinbajo at the commemoration of international workers’ day, urged ASUU to embrace dialogue with the federal government to end the ongoing strike action and asked the NLC and TUC to facilitate truce with the government.

This is as the Minister of State for Education, Emeka Nwajiuba, in a message urged ASUU to trust the federal government, suspend its strike action before negotiations will continue.

Osinbajo had said that the government is not unmindful of the anxieties of the children and their parents and urged the broader labour community to facilitate a dialogue.

He noted that both the government and the union are members of the same progressive family, adding that dialogue is the only path to resolution.

Meanwhile, ASUU, had in a report a few days ago accused the Federal Government of using the no-work-no-pay policy as a ploy to make lecturers go hungry, and force them to resume work.

ASUU President, Professor Emmanuel Osodeke, had maintained that the FG would not be able to overwhelm its striking members with its recent action.