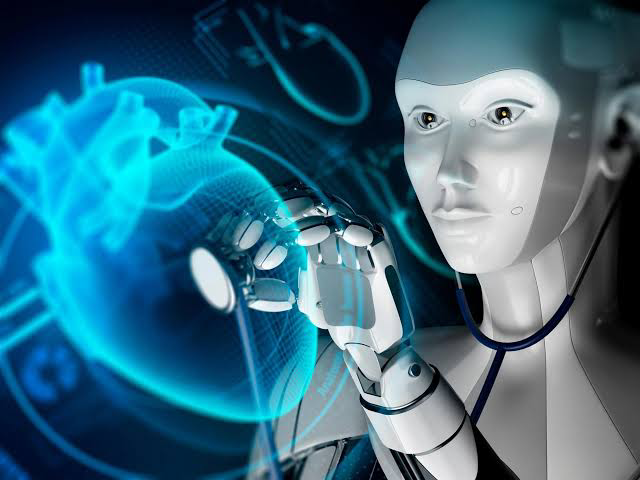 In a new studyTrusted Source, researchers from Johns Hopkins University in Maryland say artificial intelligence (AI) called Survival Study of Cardiac Arrhythmia Risk (SSCAR) might revolutionize how clinical decisions are made in the field of cardiology.

“Sudden cardiac death caused by arrhythmia accounts for as many as 20 percent of all deaths worldwide, and we know little about why it’s happening or how to tell who’s at risk,” Natalia A. Trayanova, Ph.D., a senior author of the study and a professor of biomedical engineering and medicine at Johns Hopkins, said in a press release.

“There are patients who may be at low risk of sudden cardiac death getting defibrillators that they might not need, and then there are high risk patients that aren’t getting the treatment they need and could die in the prime of their life,” she explained. “What our algorithm can do is determine who is at risk for cardiac death and when it will occur, allowing doctors to decide exactly what needs to be done.”

How the program works

The researchers developed the SCARR technology by using contrast-enhanced cardiac images from hundreds of patients.

They then programmed an algorithm to detect patterns of cardiac scarring that the naked eye can’t see.

At present, analysis of such images only studies certain aspects of cardiac scarring, such as volume and mass. However, the researchers say there is more helpful information to be found.

“The images carry critical information that doctors haven’t been able to access,” Dan Popescu, MS, first author of the study and a former Johns Hopkins doctoral student, said in a press release.

“This scarring can be distributed in different ways and it says something about a patient’s chance for survival. There is information hidden in it,” he added.

The researchers found that the algorithm’s predictions were more accurate on every measure used when compared with doctors.

The importance of the research

Dr. Steven Lin, a clinical associate professor of medicine in primary care and population health at Stanford University in California, said the results of the study are promising.

“We don’t have currently sensitive ways for us to personalize decision making at the individual patient level. What we do have is essentially very simple rules-based calculators based on just a couple of different factors for us to predict patient risk for cardiovascular events,” Lin told Healthline.

“But it’s very rudimentary compared to the types of prediction algorithms that we are now able to do with machine learning. So this is very, very promising and has the potential I think, to really move us in the direction of personalized medicine,” he added.

He argues that AI could help physicians uniquely treat patients depending on their risk.

“If such a tool was widely available, and actually implemented in practice, it would allow us to tailor and bespoke treatment decisions and prevention risk reduction decisions to each particular patient,” Lin said.

The dangers of cardiac arrest

In the United States, there are more than 356,000 cardiac arrestsTrusted Source that happen outside of a hospital every year.

This is not the same as a heart attack, which occurs due to a blockage that prevents blood from flowing to the heart.

A cardiac arrest may happen because of a kind of irregular heart rhythm known as an arrhythmia.

The researchers from Johns Hopkins are hopeful their AI will help improve the survival rates of cardiac arrest.

“This has the potential to significantly shape clinical decision-making regarding arrhythmia risk and represents an essential step toward bringing patient trajectory prognostication into the age of artificial intelligence,” Trayanova said.

Dr. Shephal K. Doshi is the director of cardiac electrophysiology and pacing at Providence Saint John’s Health Center in California.

He says the technology is promising, but it should never completely replace the human element of medicine.

“This is definitely leading us in the right direction, helping us get more accurate at some of these life threatening disease states. The big downside is that when you completely algorithm everything, you lose the human factor,” Doshi told Healthline.

“We… have to be careful not to algorithm everything because then you don’t need any humans at all, you just put them in a computer and it tells them whether they need to have a procedure, whether they’re going to have cardiac arrest,” he added. “But I think it’s important to use these algorithms in context. So, in certain aspects of treating a patient, these algorithms can be much more powerful and can help guide us.”