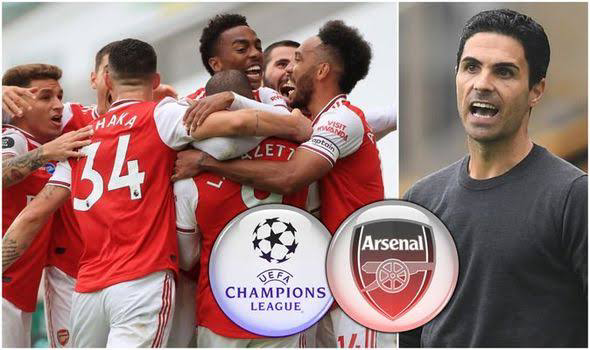 It has now been five years since Arsenal played on that stage, however, and their status as a Champions League club has been fading into the history books as little more than a memory. This season, though, under Mikel Arteta, the club are looking good for a first top-four finish since 2016 and the potential for a return to where they feel they belong that goes with it.

Arsenal are currently fourth in the table and have games in hand over their nearest rivals for the spot in Manchester United, West Ham United and Tottenham Hotspur. If they can consolidate their position in the coming weeks, there could be a very lucrative windfall for not only the club but every member of the playing squad.

Champions League qualification would be worth in excess of 50 million to the club and, as a reward, as per an agreement prior to the start of the season, the players would be entitled to up to 500,000 each as a bonus, according to the Times.

A return to the top four would also be a huge vindication of Arteta‘s rebuild project and help the club re-establish itself as a major player, not only in the hunt for titles but in the race to sign top players, which in turn would help them on the field. The best players want to play Champions League football and at Arsenal that was once a guarantee. The hope at the Emirates Stadium is that it will become so once again.

UEFA rules allow an absolute maximum of five Champions League entrants from one country, so if the above hypothetical scenario plays out, it would be Manchester United and West Ham joining Manchester City, Liverpool and Chelsea in the top tier competition and Arsenal missing out for another year.

PREVIOUS POST IGP Orders Evacuation Of Impounded, Accidented, Unregistered Vehicles From Police Stations
NEXT POST We are yet to receive court’s judgment on Umahi – INEC