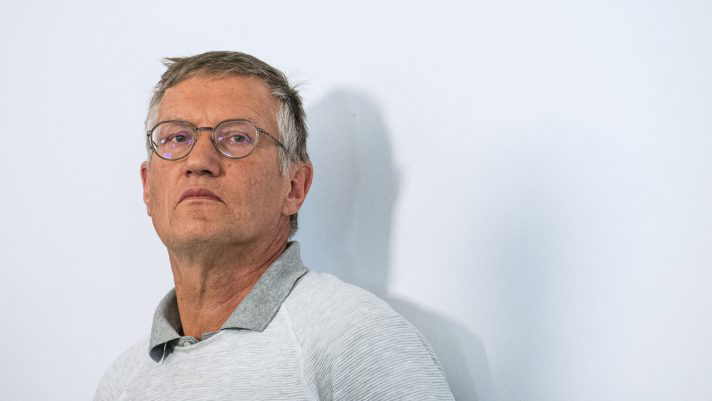 Sweden’s top epidemiologist, who became the face of the country’s controversial Covid strategy, is quitting his job for a senior role at the World Health Organization, officials said Wednesday.

Anders Tegnell gained global attention during the pandemic as Sweden’s state epidemiologist, as the country refused to roll out the type of strict curbs seen in neighbouring European countries.

He consistently denied that so-called herd immunity was the aim of the approach, arguing that more restrictive measures were not effective enough to justify their impact on society.

At 65 he will now leave his job for a new role as a “senior expert in a new group that will coordinate the work between the World Health Organization, the UN’s children’s fund UNICEF and the vaccine organisation Gavi”, the Public Health Agency said in a statement.

“The mission includes… making Covid-19 vaccines available to countries around the world that have not been able to purchase their own.”

Tegnell has been Sweden’s state epidemiologist since 2013, and his departure is effective from Monday.

“I have worked with vaccines for 30 years and have always been passionate about international issues. Now I get the opportunity to contribute to international missions,” Tegnell said in the statement.

According to an inquiry into the country’s strategy published at the end of February, Sweden was correct not to impose containment in the face of Covid-19 but should have introduced measures more swiftly at the start of the pandemic.

While consistently refraining from the type of lockdowns employed in other parts of Europe, it did ban visits to elderly care homes and limit the number of people attending public gatherings.

In autumn of 2020 it gradually tightened, including a ban on alcohol sales after 8:00 pm and on public gatherings of more than eight people.

With more than 17,000 deaths so far in a country of 10.3 million people, the toll remains far higher than in neighbouring countries, notably Norway and Finland.

Though after having been above at the beginning of the pandemic, the death toll then fell below the European average.

PREVIOUS POST Nigeria currently has 1.9bn litres of petrol, enough to last for 32 days — Minister
NEXT POST Biden to order US agencies to begin work on future digital dollar