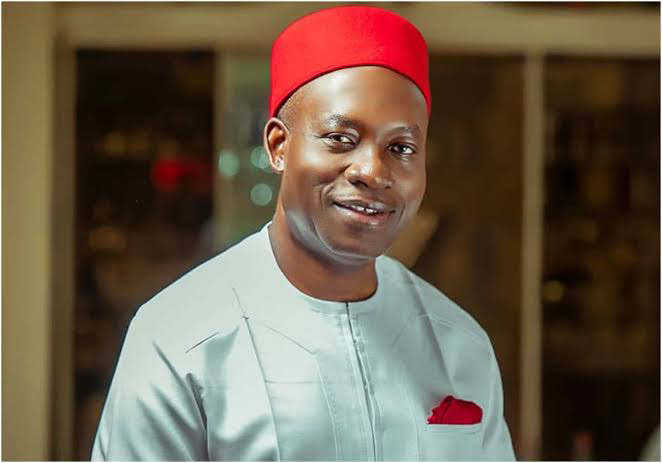 The All Progressives Grand Alliance has debunked the report making the rounds of an assassination attempt on the Anambra State Governor, Chukwuma Soludo.

The party said nothing of such had happened since Soludo became the governor of the state, describing the report as an orchestrated plot by “mischief makers” to instil fear in the minds of the people “just as it is condemnable”.

Addressing journalists in Awka, on Monday, the National Coordinator of APGA Media Warriors Forum, Chinedu Obigwe, maintained that the governor would not yield to the “evil wishes” of the criminal elements who want to hold the state spellbound.

Obigwe said the hoodlums only launched a “hit and run attack” on the Isuofia community and not on the governor’s convoy.

He urged the general public to disregard the twisted report just as he reminded the media that they have a role in eradicating criminality in Anambra and the South-East region.

The party insisted that no criminal elements could withstand the level of preparedness the governor has placed on security in the state as “security remains the bedrock of sustainable development”.

The party said, “There was nothing like an attack on the governor. What happened was that criminal elements currently suffocating under the heat of the governor’s merciless onslaught against them decided to launch a hit and run attack at Isuofia.

“They did that to frighten the residents of Isuofia and to see if Soludo will back out of his decision to end the senseless every Monday sit-at-home in Anambra.

“But they have forgotten that the governor will not yield to their evil wishes as he is determined to deal decisively with them because security is the bedrock of sustainable development.

“Soludo’s convoy was not attacked at all, so I can’t tell how they got the news of Soludo’s escape from an assassination attempt in Anambra.”

The party assured the people not to panic because the state was in safe hands as the state government was determined to chase the criminals out of our state.

“With Soludo’s level of preparation, criminals cannot withstand the presence of his convoy in any environment in the state. He is fully prepared, they are the ones to run from him and not the other way round as was reported.

“Soludo was not even at Isuofia when the ugly shooting incident occurred as was reported that he was at Isuofia and escaped being assassinated,” Obigwe added