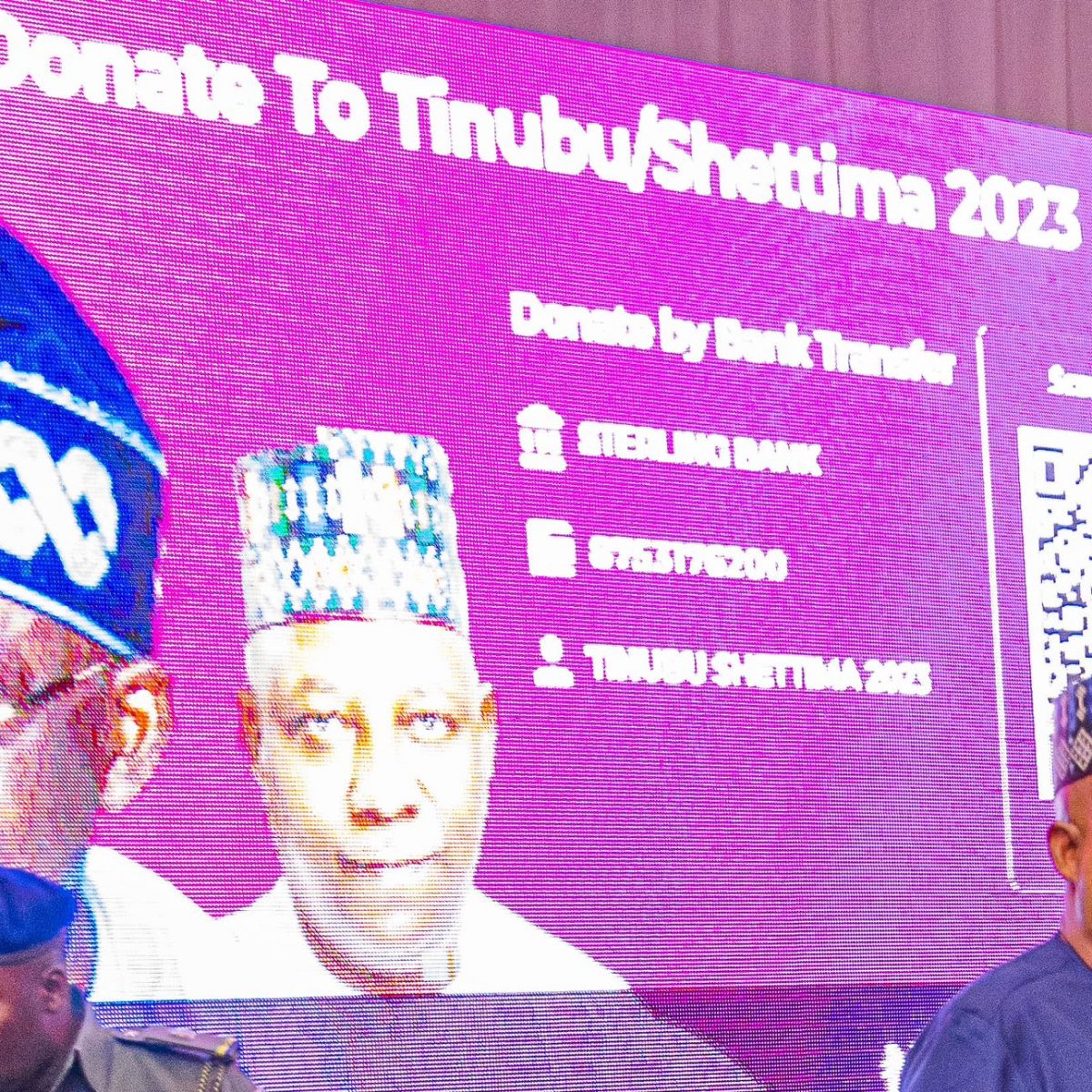 The Vice Presidential candidate of the All Progressives Congress, APC, Sen. Kashim Shettima has unveiled the Tinubu/Shettima Crowdfunding Application in Lagos.

This is to enable supporters to make donations to its campaign operations as the party periscopes, targeting about N5 Billion donations for its campaign.

Shettima, who spoke on behalf of the Presidential Candidate of the party, Bola Ahmed Tinubu, who was absent at the event also said the duo has leadership qualities that stand them tall above contestants from other parties.

He maintained that the leadership goes beyond giving dubious statistics in a subtle attack and reference to the presidential candidate of the Labour Party, Mr. Peter Obi.

He further commended the committee that created the application and promised that they will continue to be relevant even after the party might have won the election, adding the application would afford supporters of the Tinubu/Shettima candidacy to make financial donations to the campaign.

The Vice Presidential candidate cited the United States of America where party faithful contributed through an online platform to the campaign of the former President of the country, Barack Obama.

“Asiwaju Bola Ahmed Tinubu and myself have been overwhelmed by supporters willing to contribute their quota and now they have the platform.”

“Leadership goes beyond dubious statistics. It requires readiness to reach out to different groups and recognise our adversity. We need to build a new nation. We have no business being poor. With a vision like this, everyone will be allowed to contribute to the growth of our country,” Shettima said.

Lagos State governor, Mr. Babajide Sanwo-Olu said the application was another way of using technology to support the Tinubu and Shettima candidacy as he urged Nigerians to show their commitment to the Tinubu/Shettima campaign through their contributions.

The Lagos State Deputy Governor, Mr. Obafemi Hamzat cited that the major challenges facing the Small and Medium Enterprises, and SMEs, adding the creation of the application was a demonstration of what the party will do if it wins the 2023 elections.