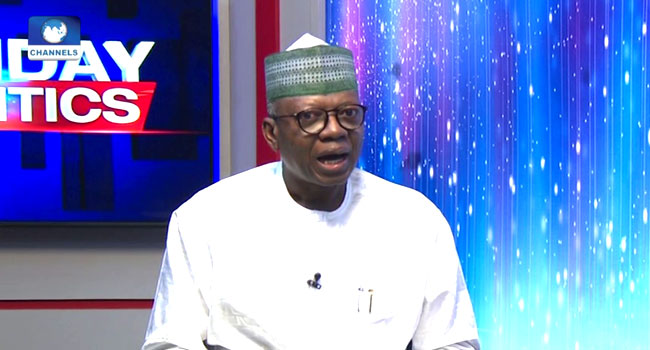 A senator elected on the All Progressives Congress (APC), Sani Musa, on Sunday called on Mr Babagana Monguno to resign as the National Security Adviser (NSA).

Senator Musa who hails from Niger – one of the worst-hit states by terrorists’ activities – decried the worsening security situation in the country.

He believes Monguno, a retired major general and former Chief of Defence Intelligence, has no reason to remain as the nation’s top security strategist with the continued killings of innocent people.

“What proactive action has the NSA taken? We have to call a spade a spade. If I was the NSA in this country, I will tender my resignation because I have failed,” the lawmaker who represents Niger East senatorial district in the National Assembly said during his appearance on Channels Television’s Sunday Politics in Abuja.

“When they (terrorists) are creating cells, you do not wait until when you are attacked before acting. The intelligence that is being shared is a pre-information given to you at a stage where these culprits have not concluded their plans and you neutralise them. For me, I believe that we need to restrategise.”

Armed non-state actors, including bandits and terrorists, have scaled up activities recently, extending their operations to attacks on security apparatus such as the correctional facility in Abuja and some security formations.

One of such is the attack on troops of the Presidential Guards Brigade which provides security for the seat of power and the nation’s capital where some soldiers were reportedly killed.